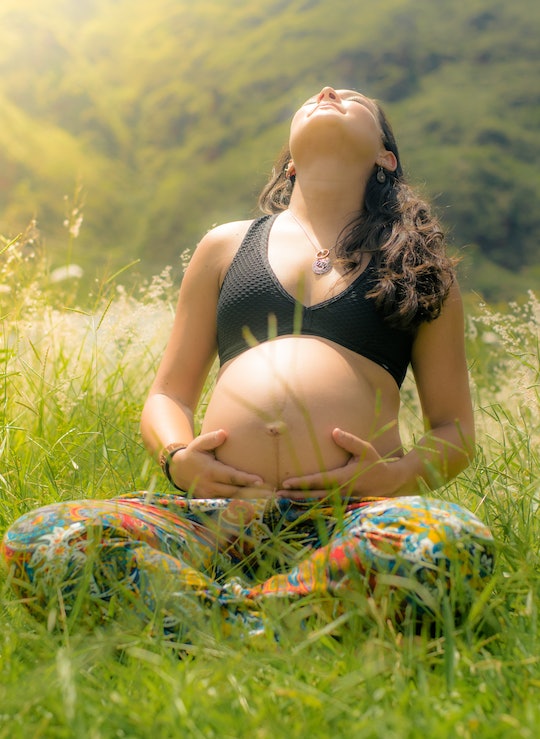 When you’re pregnant, it’s no secret that your body and lifestyle will go through some changes. Perhaps you'll be subbing tea for coffee or passing on sushi and sake for the next nine months. But, a recent study found that maintaining, or starting, a healthy workout routine won't have to change and exercise during pregnancy actually has amazing health benefits for both moms and babies. Many years ago, expecting moms were discouraged from vigorous exercise routines because it was thought to pose many worrisome risks, such as a preterm birth, but new the evidence found that pregnancy does not increase the risk of delivering a baby prematurely in addition to several other health benefits.

The study, published in the American Journal of Obstetrics & Gynecology, was originally conducted to find if exercise during pregnancy played a role in preterm birth. Researchers found that pregnant women who exercised — about 35 to 90 minutes, three to four times a week for 10 weeks or up until their delivery — did not experience an increased risk of a preterm birth, or delivering before 37 weeks of pregnancy. It also found that pregnant women who exercised were less likely to have a C-section than the those did not.

Every woman is different and every pregnancy is unique, so it should be noted that, according to the study, the women who participated had similar characteristics and were all carrying a single baby, had normal weight at the beginning of the research, and did not have any health conditions that prevented them from exercising. It included 2,059 women total, about half (1,022) exercised and the other half (1,037) did not.

In addition, the data also found that the women who exercised had fewer cases of gestational diabetes and lower rates of high blood pressure. Keeping up with a healthy exercise routine can also reduce common pregnancy problems, like lower back pain and fatigue and it may even make your labor quicker.

Walking, swimming, yoga, and weight lifting are great exercises that can help expecting moms have a healthy pregnancy. Before starting any workout routine, even if you regularly workout to begin with, it's recommended to check with your doctor to make sure the exercises and activities you choose are safe for both you and the baby.

If you have an uncomplicated pregnancy, ideal workouts, such as cardio and flexibility exercises, can actually make pregnancy smoother by getting your heart pumping, keeping you fit and limber, and, perhaps most useful, training your muscles for the physically exhausting delivery day. Exercise with caution and remember to not overdo it. You're not training compete in the Rio Summer Olympics — the goal is just to keep you and your bundle of joy happy and healthy.