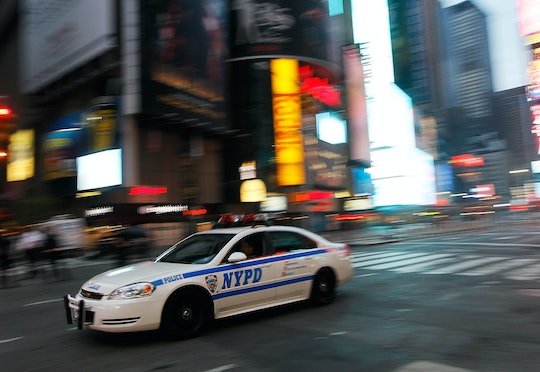 New Yorkers have been warned to avoid a popular area after an outdoor explosion occurred in New York City’s Chelsea neighborhood on Saturday night. Not much is known yet about the explosion that happened at 135 23rd Street between Sixth and Seventh avenues, which was reported shortly before 9 p.m. It's not immediately clear if anyone or how many people have been injured or what caused the explosion yet. The FDNY and NYPD Counterterrorism officers are currently on the scene.

Update: According to a press conference Saturday night, the explosion in New York's Chelsea neighborhood was likely an intentional act, said James O'Neill, NYPD Commissioner. New York City Mayor Bill de Blasio, however, said there is "no evidence at this point of a terror connection," and no indication that it is connected to an earlier bomb scare in New Jersey Saturday. Officials confirm 29 injuries connected to the explosion, but no major injuries or deaths have been reported at this time.

According to the New York Post, a dumpster blew up at 8:30 p.m., blowing out the lower windows of a 14-story residence for the blind.

Police sources reportedly told the New York Post that at least 15 people have suffered minor injuries, although this number has yet to be confirmed. According to Reuters, at least three people were taken away from the scene in ambulances.

Photos, videos, and reports on social media show the aftermath of the explosion with a heavy emergency response presence:

"It was a quiet night, and then I heard this deafening boom," a man who works at a Dunkin Donuts at 23rd and Sixth Avenue told the New York Post. "My first thought was, 'Oh god, a bomb,’ so I got down on the floor. I looked outside and it’s all broken glass, car alarms going off — I still don’t know what happened."

The explosion comes hours after a pipe bomb exploded in Seaside Park, New Jersey just before the Semper Five 5K Charity Run — a walk to benefit the military — was about to begin. The bomb in New Jersey was placed in a garbage can. According to NBC News, no one was injured, and there is currently no indication the two events are connected.