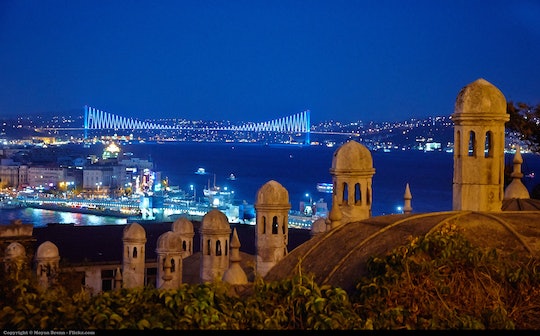 At least five people, possibly more, have been injured in an explosion at Istanbul's Bayrampaşa metro station on Tuesday around 5:15 pm local time. Train service has been suspended.

Bloomberg reports that Mayor Atilla Aydiner told AHaber Television that the explosion was caused by a pipe bomb, and five people were injured. Governor Vasip Sahin had earlier told state-run Anadolu Agency that only one person was "lightly injured," contrary to original reports of one death and multiple injuries.

Local news outlet Yeni Safik reports that passengers were evacuated after the blast broke the windows of a subway car, and a bomb disposal unit has been dispatched. The explosion was caught on video by what appears to be a traffic camera.

NBC has learned from a source within the Istanbul police that "evidence of a small handmade bomb" was found outside the entrance to the metro station. Nobody has claimed responsibility thus far.