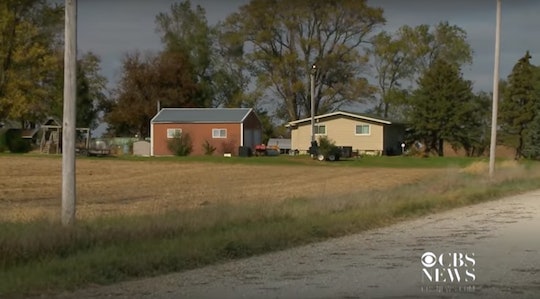 Over the course of the last decade, it's become a popular trend to reveal a baby's sex through a dramatic party trick. For some expectant parents, the reveal is as simple as cutting into a colored cake or opening a box to release colored balloons. Others, however, have opted for more dramatic reveals using things like confetti air cannons, colored smoke bombs, and party poppers. While gender reveal parties can be fun, they can also be dangerous and potentially even deadly. In fact, authorities in Iowa have reported that an explosion linked to a gender reveal killed a woman during a party Saturday in Knoxville.

First responders were called to a residence in rural Knoxville, about an hour away from Des Moines, at around 4 p.m. local time on Oct. 26 following a 911 call regarding an explosion at a gender reveal party that had seriously injured at least one partygoer, a press release from the Marion County Sheriff's Office read, as NBC News reported. A 56-year-old woman was pronounced dead on the scene, according to local CBS News affiliate KCCI Des Moines.

Authorities confirmed in a press release that "a gender reveal announcement resulted in the explosion" that caused a piece of debris to strike the woman, WGNTV reported. Following an investigation into the incident, the sheriff's office said Monday that the family had effectively created a pipe bomb after experimenting with different explosive materials to reveal their baby's gender, The Des Moines Register reported. According to the publication, the family reportedly poured gunpowder into a homemade stand that had been fixed with a fuse and welded to a metal base before being topped with a piece of wood and colored powder.

"This family got together for what they thought was going to be a happy event with no intent for anyone to get hurt," Sheriff Jason Sandholdt said in a statement released Monday, The Des Moines Register reported. "What ended up happening was that Pamela Kreimeyer, a wife, mother and grandmother, was killed by a piece of metal where a metal stand, gunpowder and colored powder were involved. This is a reminder that anytime someone mixes these things there is a high potential for serious injury or death; please do not take these unnecessary risks."

As the popularity of gender reveal parties has grown so too have the dramatic lengths that expectant parents might go to unveil their child's sex. In 2015, an expectant mother teamed up with a hair stylist to dye her hair — pink for a girl, blue for a boy — to reveal her child's gender. Video of the reveal posted to Facebook showed that when the towel was removed, the mom-to-be sported blue hair.

And in June 2018, for example, an expectant father in Louisiana tossed a melon into the mouth of an alligator for his child's gender reveal. One snap of the alligator's jaws revealed the blue goo from inside the melon, and the gender of the baby.

In July 2018, Fox News reported a Texas couple used a friend's crop plane to reveal the gender of their baby. With the expectant parents and family and friends gathered close, the plane took to the air and dropped a load of water dyed with food coloring, leaving a pink water trail in its wake as a nod to the baby's gender.

But some gender reveals have proved to be more dangerous than dramatic. In April 2017 a gender reveal trick in Arizona went horribly wrong and resulted in a wildfire that burned more than 47,000 acres, causing some $8 million in damage, according to CNN. Video of the reveal trick released later by the U.S. Forest Service showed an expectant dad fire a high-powered rifle at a makeshift target, which exploded upon impact and ignited the dry grass around it, the cable news outlet reported.

It's unclear, however, if the dangerous, and even deadly risk involved in some reveals will diminish the popularity of gender reveal parties as a whole.

More Like This
Biden Signs Law Banning Unsafe Infant Sleep Products Attributed To Over 200 Deaths
Operation Fly Formula Begins With 78,000 Pounds Of Baby Formula
What Is Monkeypox & Should You Be Worried? Here’s What You Need To Know
Chris Pratt & Katherine Schwarzenegger Welcomed A Baby Girl With The Prettiest Name