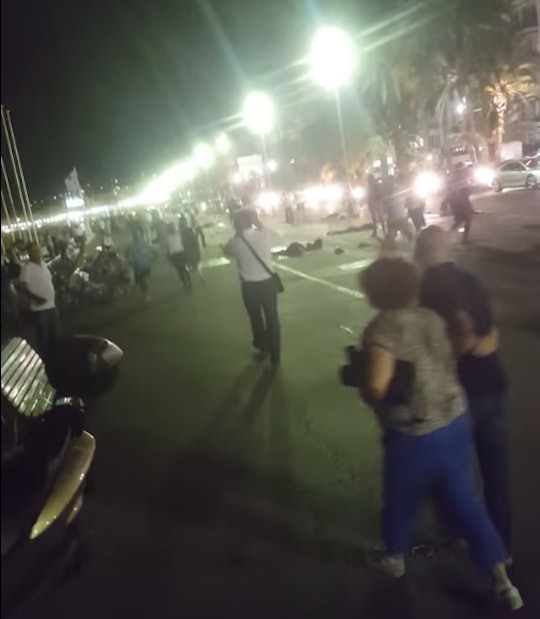 At least 73 people have been confirmed dead and hundreds wounded after a truck plowed into a crowd of people on Thursday night as they gathered to watch fireworks as a part of Bastille Day celebrations. Local authorities believed the incident was a targeted attack, though the Interior Ministry stopped short of defining it as an act of terrorism. As families and friends try to locate their loved ones after the fact, Facebook activated its safety check-in feature, hoping to help people touch base with one another.

According to reports by Reuters, the driver was shot dead after driving at a high speed along the Promenade des Anglais, the most famous stretch of seafront in Nice where a mass group of spectators were gathered for the French national holiday. Local officials have reported that the driver of the truck got out of his vehicle and started shooting at the crowds.

Footage spread on social media show panic in the streets soon after the crash. Police in Nice have urged residents and visitors to remain indoors. As Bastille Day celebrations invite many out-of-town visitors, residents started the hashtag #portesouvertesnice, which means "open doors in Nice" in English, to help others find shelter.

Facebook activated the safety check-in after multiple sources confirmed the violent attack. The feature helps Facebook users connect with friends and loved ones during a deadly situation, which can locate you by GPS and ask you if you're OK. If you're OK, you can tap the "I'm Safe" button and Facebook will notify your friends. You can also check a list of your friends who may have been affected or near the disaster.

Thursday's attack comes almost exactly eight months after ISIS militants killed 130 people in Paris in almost simultaneous attacks by gunmen and suicide bombers in a concert hall, a major stadium, and nearby restaurants and bars. After the Paris attack on Nov. 13, 2015, Facebook activated the safety check-in feature as well.

One woman posted on Facebook to let others know that she and her friend were safe after the attack.

"Never before have I felt this scared in my life," Moa Karlsson, from Australia, wrote on Facebook. "We had just started our walk home from the beach where there had been fireworks celebrating the national day here in France when people around us started to yell in French and run. Never before have I seen so much fear in people's eyes, everyone was panicking. Including us."

The hashtag #PrayForNice quickly started trending on Twitter following the attack as the world learned of yet another tragedy, which Christian Estrosi, the president of the region, called "the worst tragedy in the history of Nice."