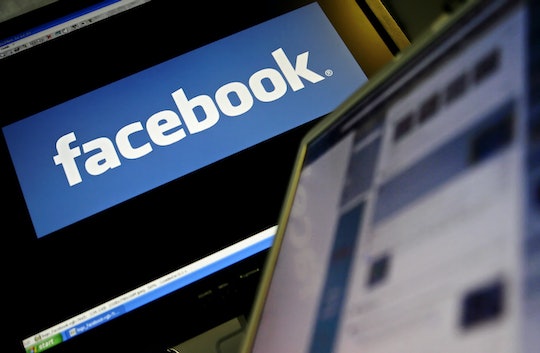 Facebook Allows A Nude Father-Son Photo, & It's A Small, Necessary Step Toward Progress

Photographer Heather Whitten has a bone to pick with Facebook's policies. She recently uploaded a tender picture of her husband, Thomas, and their son, Fox, in the shower. Fox was suffering from salmonella poisoning, and Thomas stepped into the shower with him to relieve his fever and rinse off the diarrhea and vomit. Fox only wanted to be with Thomas, and Whitten — accustomed to pulling out her camera — snapped a picture of the touching moment. Many on Facebook, however, complained about the picture, and the social network pulled it down. Several times. Facebook finally restored the father-son photo, but Facebook's back-and-forth highlights the social network's restrictive standards when it comes to artistic nudity.

Whitten wrote when sharing the image on Facebook, according to New York magazine:

I was taken aback by how many people missed the story or didn't even look past the nudity to find the story. They were just hung up on them both being nude and being in the shower. I had crossed a line. It was too intimate. It shouldn't be shared publicly. But, I disagree. My family may be different than yours. But, that doesn't make your way right or my way wrong. You may never take images of your family like I do... you may never share images of your family like I do. But, that doesn't give you the right to silence my voice. To take away my right to share our experiences in an uncensored way. There is nothing sexual or exploitative about this image. There aren't even any 'private parts' showing.

A Facebook rep told New York in an email that the removal of the image was a mistake:

This photo was mistakenly removed by our team and does not violate our Community Standards. We are sorry for this mistake and have restored the photo to the page.

However, Facebook's regular Community Standards are problematic in and of themselves. After widespread protests from users in 2008 and 2012 who had seen breastfeeding photos removed, Facebook's updated Community Standards in 2015 explained that they restrict "some images of female breasts if they include the nipple, but we always allow photos of women actively engaged in breastfeeding or showing breasts with post-mastectomy scarring."

Genitalia and buttocks are banned — but so are any non-breastfeeding female nipples. Male nipples, though? Those are just fine — thus Facebook's glaring double standard. One blog, Return to Now, even reported in April that Facebook had removed its article on endangered Jarawa hunter-gatherers, since the women in the pictures were fully topless. According to Return to Now, the website had to blur out the women's breasts, while leaving the Jarawa men's bare chests untouched.

According to Wired, Facebook will allow graphic content (such as videos of beheadings), as long as the content is "being condemned." But some argue that if the social network is able to tell when graphic content is condemned or celebrated, then it should be able to tell when a picture of a woman's breasts is sexual or pornographic versus when it's just a photo of a woman not wearing a top, like men are wont to do in the summer. Why are women's bodies automatically pornographic?

One female-related area where Facebook hesitated to remove things, though, was in posts that displayed misogyny or rape jokes. The network's original response to the BBC concerning complaints about pages called, "You know she's playing hard to get when you're chasing her down an alleyway" or photos labelled, "Women are like grass, they need to be beaten/cut regularly," was:

Facebook's position changed in May 2013, after groups Women, Action, & The Media and Everyday Sexism initiated a #FBrape campaign where they sent advertisers (such as Dove, Vodafone, and Lloyds) pictures of their ads appearing next to disturbing and misogynistic content. Needless to say, it worked: Facebook responded with an apology and a commitment to improve.

However, Facebook's reaction to a naked father-son picture — far from pornographic — and its continued removal of pictures with women's nipples shows that both society and social media haven't quite gotten there yet. Whitten said it best in her Facebook post:

I hope that one day there will be a platform that not only allows this kind of freedom for families and artists like my own... but, welcomes them without fear.

Allowing Whitten's father-son picture is a step in the right direction, but social networks clearly have a long way to go. Men, most of the time, are caring fathers and women are not automatically sex objects. Our social media should reflect that.