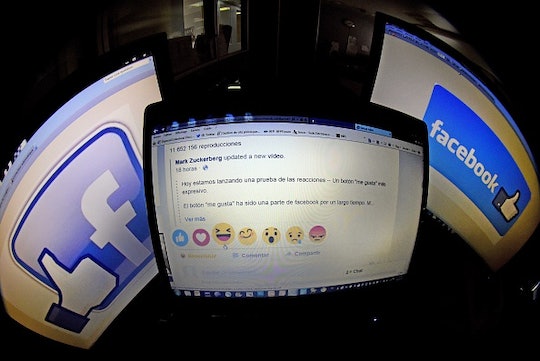 You might notice Monday that your Facebook looks a tiny bit different than usual. That's because the house that Mark Zuckerberg built has rolled out a small change to Facebook invites. And it seems like it's a win for those of us who are hoping our friends would just stick to the damn plan every once in awhile. (Guys, remember before texting when ghosting wasn't a thing?!) Facebook has gotten rid of the "Maybe Attending" button for event RSVPs. So does that mean your friends will now be forced into being decisive?

Well, not really. Unfortunately for those who see the "Maybe Attending" button for what it is — an opportunity to act polite when you have no intention of joining the event I've worked hard to plan in the first place — Facebook is replacing the indecisive RSVP with "Interested." As in, you're interested in attending your friend's improv night, but, like, improv night, so totally not committing to that. Just interested (...in finding out how bad it really was from the "Attending" crew the next day).

So, no, the new button won't solve the issue of trying to determine whether you should order 2 pizzas or 20 pizzas (always 20, guys, always 20), but it will provide your friends with more information about the event as you post about it. And that could seriously be a great tool if you're, say, throwing a charity event — even if your friends don't attend, at least they can find details of how to help support you.

Still, a friendly memo to all friends tempted to select that "Interested" button: