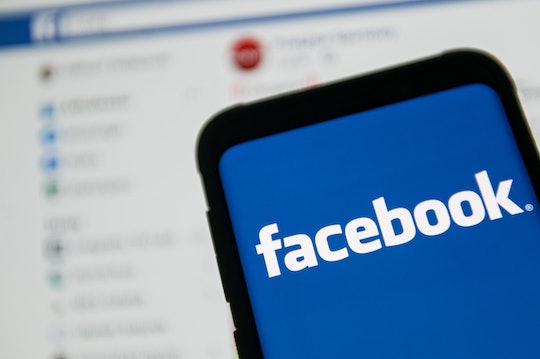 Facebook Will Start Banning Ads That Discourage People From Getting Vaccinated

In an effort to support vaccination efforts around the world, Facebook will start banning anti-vaccination ads under a new global policy. The social media network unveiled its latest attempt to curb misinformation about vaccines on its platform Tuesday, alongside plans to work with global health partners to increase immunization rates and a new campaign specifically centered around providing users with information about the flu vaccine, including how to obtain one.

"Today, we're launching a new global policy that prohibits ads discouraging people from getting vaccinated," Facebook's Head of Health Kang-Xing Jin and Director of Product Management Rob Leathern announced Tuesday in a blog post. "We don't want these ads on our platform."

While Facebook already has a policy that prohibits ads promoting vaccine hoaxes debunked by global health organizations like the World Health Organization (WHO) and the U.S. Centers for Disease Control and Prevention (CDC), the social media network has been slow to ban anti-vaccination ads and content as a whole. Under its new policy, Facebook will begin filtering out ads that discourage the use of vaccines by depicting them as either dangerous or ineffective.

"Our goal is to help messages about the safety and efficacy of vaccines reach a broad group of people, while prohibiting ads with misinformation that could harm public health efforts," Facebook said Tuesday. "If an ad explicitly discourages someone from getting a vaccine, we'll reject it."

Facebook will, however, allow ads that argue for or against vaccine-related governmental policies or legislation such as those advocating against mandatory COVID-19 vaccines. Persons or groups seeking to run ads of that nature will, however, have to get authorized to run ads pertaining to elections, politics, or social issues and include a "Paid for by" label in their ad. Facebook is expected to begin enforcing its new policy over the next few days.

But a ban on anti-vaccine ads wasn't the only new, vaccine-related policy Facebook rolled out on Tuesday. The social media network will also be using its Preventive Health Tool to provide users with general information about the flu vaccine, including where they can get one in their own community. Facebook said it also plans to unveil sharable flu vaccine reminders and resources from public health authorities so users can help spread the word.

The network also announced plans to partner with WHO and UNICEF on vaccine education campaigns aimed at increasing immunization rates around the world. Along with training WHO vaccine partners on how Facebook can be used to help public health messaging reach more people, the social media company will also share aggregated insights from public posts so non-profits like UNICEF can get a clearer understanding of how Facebook users talk about vaccines. According to Facebook, the goal is to help nonprofits build public trust in vaccines.

Facebook's new vaccine-related policies come on the heels of a slew of other recently announced changes, including a ban on Holocaust denial content and on QAnon and content related to it.