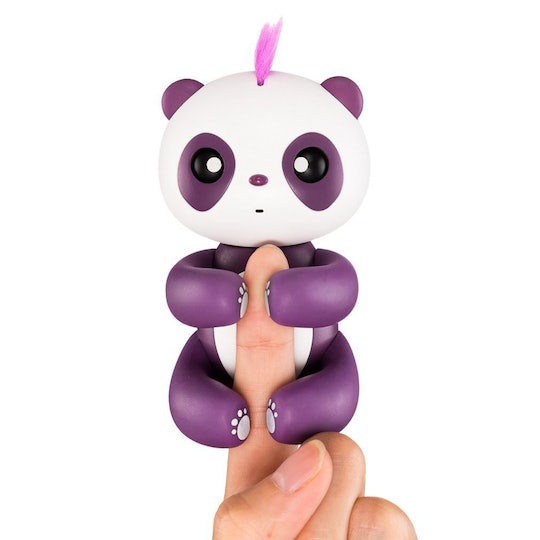 Fake Fingerlings Are Being Seized Around The World, So Beware Of Knockoffs

Every now and then, a toy comes along, that makes kids giddy with anticipation, but drives parents nuts trying to find it in stock. In the past, parents have struggled to find toys like Tickle Me Elmo and Hatchimals, but no toy seems to have as much hype as Fingerlings. They are, by far, this year's hottest toy, and the item rarely found in stock — unless you find a fake one. This popularity has caught the eye of counterfeiters, and as a result, fake Fingerlings are being seized around the world.

Just recently, two large shipments of fake Fingerlings were seized in the United Kingdom. One huge lot, according to a report by the Bury Times, was seized by trading standards officers from a local shop in Bury, England. Another shipment of over 500 fake Fingerlings was intercepted by officers in Felixstowe Port, England, reported the Ipswich Star, where they also caught a peddler with 141 fake Fingerlings.

According to the Better Business Bureau (BBB), their scam tracker has received numerous Fingerling scam reports, and consumers are being targeted with what seem like legitimate listings of Fingerlings. The BBB explained that a lot of the fake toys are being sold as real Fingerlings, but when the item is received, parents are finding out that they are nothing but cheap knockoffs.

Fingerlings are interactive robotic monkeys, unicorns, and sloths that respond to touch and motion with over 40 different animations and sounds, including turning their heads, blinking, giggling, and snoring. The BBB noted that some of the fake Fingerlings that are being sold as real, only look like Fingerlings, but they don’t actually do anything except make a few sounds. I can’t imagine how disappointing that would be to parents and kids, ending up with a toy that does nothing it’s supposed to.

Some fake Fingerlings are managing to make it to popular websites like Amazon and Walmart through third-party sellers, noted Good Housekeeping, with parents assuming they are buying legitimate items from a reputable source. These listings use pictures of the original WowWee Fingerlings, but according to NBC5, the boxes say “Happy Monkey” or “Finger Monkey” instead of “Fingerlings”.

While it may not seem like a big deal, buying a fake Fingerling can be dangerous. Good Housekeeping explained that because these toys haven’t passed any kind of safety tests or standards, fake Fingerlings could contain lead, be choking hazards with small broken parts, or have poorly made circuitry that can catch fire. One mom in England told the BBC that she found razor blades and specks of blood in the box after realizing she bought a fake Fingerling.

There are ways to tell real listings from fake, suggested Kidsbuyz, including checking to make sure it is being sold as a Fingerling manufactured by WowWee and checking to see how long it will take to arrive. The website explained that if the shipping time is over two to three weeks, it’s likely you are getting a fake Fingerling from China.

The BBB recommended buying your Fingerling from a reputable source, like Toys "R" Us or Walmart direct, and if you’re buying it from Amazon, make sure it’s being sold by WowWee. The BBB also suggested avoiding listings that are much lower in price than the Fingerlings retail price, because this could be a sign that it’s a fake.

I’ve decided to wait until after the holidays, when the hype dies down a little, and hopefully pick one up in store where I know I’m getting the real thing for the right price.