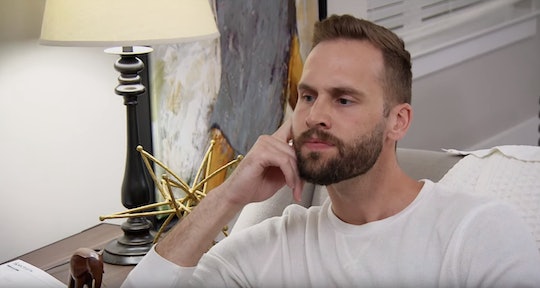 Anyone watching Season 9 of Married at First Sight will tell you that Amber Bowles and Matt Gwynne’s relationship seems doomed. The newlyweds are having major communication issues, and it feels like Matt has already checked out of their marriage. Amber is a sweet and generous person, so when Matt treats her badly, it’s hard to watch. These fan reactions to Matt on Married at First Sight prove people are on Amber’s side and they want to see her dump him ASAP.

Initially, Amber and Matt seemed like a great match. After the wedding, they showed affection for each other, and ended up having a great time on their honeymoon. But when they returned from their vacation and began the routine of daily married life, Matt started acting a little distant. In Episode 8, titled “How Can I Trust You,” Matt disappears for an entire night without telling Amber, and shows up the next afternoon as if nothing happened.

While Matt was gone, Amber made a video confessional, and in tears she said Matt left his ring at home and wouldn’t answer her calls. “It’s two-o-clock in the afternoon and Matt didn’t come home last night,” says Amber. “And I haven’t heard from him all day. This is Matt’s wedding ring, and it’s here, so Matt did not wear this last night when he went out.”

When Matt comes home the next day, he tells Amber he was out with friends and just fell asleep at his buddy’s house. Amber, who’s trying her best to make this marriage work, forgives Matt, and tells him not to do that again. But, Matt ends up doing it again, this time disappearing for two days in a row. After the couple sits down to talk with Dr. Viviana Cole, Matt promises Amber he’ll do better.

But fans aren’t buying it. Many took to Twitter to share their feelings about Matt, and some went as far as to say they think he’s cheating on Amber.

Matt hasn’t been as forthcoming about his family life as Amber has, and many people think it should have raised a red flag.

Some fans are blaming the expert matchmakers from Married at First Sight for all of Amber and Matt’s relationship issues, claiming they made a huge mistake when they paired the two together.

Most viewers are on Amber’s side, and they can’t stand to see Matt break her heart anymore than he already has.

Amber is genuinely trying to make things work with Matt, and she’s said time and again that she really likes him. But most fans are ready to see her dump Matt after what he’s put her through.

It’s unclear whether or not Amber and Matt’s marriage will survive, but it looks like fans are ready to see Amber move on to better things. I guess viewers will just have to wait and see how things unfold through the rest of the season.