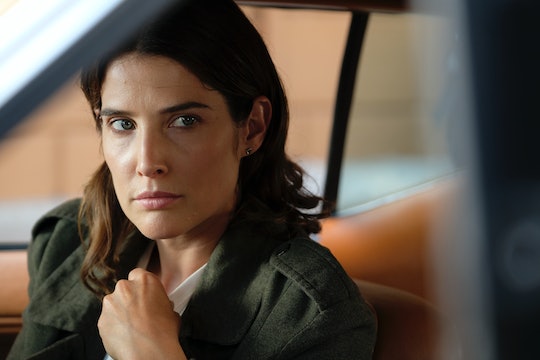 Cobie Smulders Is The Ultimate Badass & Fans Are All About It

Based on Greg Rucka’s novel series of the same name, ABC’s new crime drama, Stumptown came in swinging with tons of action and an amazing cast. Fans were thrilled to see Jake Johnson (New Girl), Cameryn Manheim (The Practice), and Michael Ealy (Being Mary Jane) return to TV, but after the series premiere, fan reactions to Stumptown prove Cobie Smulders still rules.

The series is centered around Dex Parios (Cobie Smulders), a clever, strong, and sharp-witted Afghanistan war veteran who lost the love of her life in the war, and now drinks and gambles to cope while she takes care of her younger brother. Using her military intelligence skills, she works as a private investigator in Portland, Oregon, but her unapologetic style often puts her in the line of fire with both criminals and the police.

After making audiences laugh for years in her role of Robin Scherbatsky on How I Met Your Mother, seeing Smulders back on TV in such fun new way was a treat for fans. “Watched the show because I love Cobie Smulders, and she did not disappoint,” wrote Reddit user nrgins. “She was fantastic in it — loved the pilot episode, probably mostly because of Smulders and her charismatic acting.” Another Redditor, PichealTheWise added, “I’m rooting for Cobie Smulders (and for the show by default).”

Other fans echoed the same sentiment and pointed out how well Smulders fit into the role of Dex. “Really like Cobie Smulders as Dex, she and Jake Johnson have chemistry,” wrote Redditor SynthenticAway, with user iseultofireisland adding, “I also thought Cobie Smulders was good as Dex.”

This isn’t the first time viewers have seen Smulders kick butt. In the Marvel Cinematic Universe — including films like The Avengers, Captain America: The Winter Soldier, Avengers: Endgame, and most recently Spiderman: Far From Home — she plays Maria Hill, a Shield agent who works alongside Nick Fury (Samuel L. Jackson).

Marvel fans were elated to see Smulders finally bring her action skills to TV. “May we talk about how freaking much I am looking forward to watching Colbie Smulders kick ass every week,” tweeted @WriterIowa. “My girl, Maria Hill, bringing her boot print to bad guys all over #Stumptown.”

Overall, viewers see potential in the series as a whole, and many are looking forward to see all the action to come this season. "I really enjoyed that premiere episode of Stumptown," tweeted @ScooterDoodles. "@CobieSmulders is such a lovable badass on this show. Can't wait to see more!"

Luckily, with a whole season of Stumptown still left to enjoy, fans have plenty more exciting episodes to look forward to.

Stumptown airs Wednesdays at 10 p.m. ET on ABC, and you can catch weekly episodes the day after they air on Hulu with a subscription.