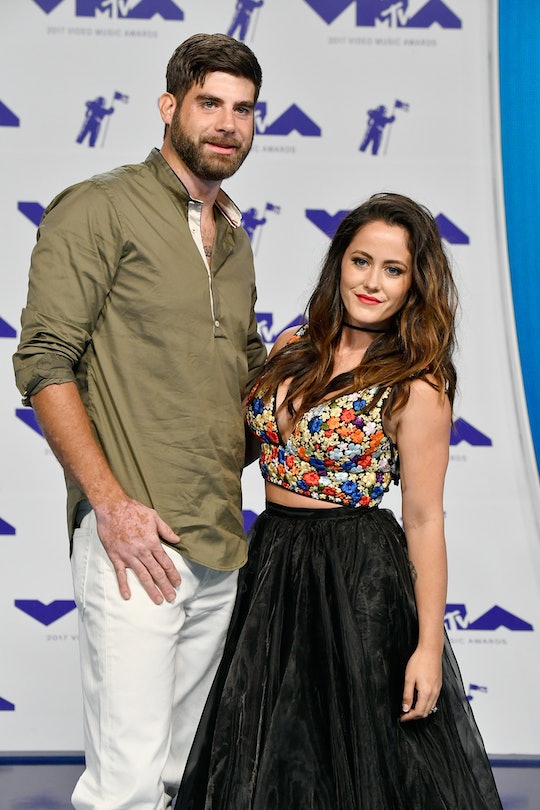 Teen Mom 2 star Jenelle Evans and her husband, David Eason have gotten a lot of attention this week for a pretty serious reason. Eason reportedly shot and killed Evans' dog, Nugget, for supposedly snapping at their 2-year-old daughter, and people were upset for obvious reasons. Now, just days after the incident occurred, fans are petitioning for David Eason to be charged after murdering Evans' dog — and here's why.

A petition was created this week on Change.org to get some justice for Nugget. The petition is pushing for animal control in Columbus County, North Carolina (where the couple currently resides) to make sure that the other pets they own are safe and reprimand Eason for his reported actions. A representative for Evans and Eason has not responded to Romper's request for comment at this time.

"This dog needs to be taken from him, and animal cruelty charges need to be filed for this brutal killing of Nugget," the petition reads. "We need to send a message to others and those who think behavior like this is acceptable, that it is not."

"Demand that action be taken, the remaining dog taken into protective custody, and animal cruelty charges filed. Please sign and share the petition."

And people have done just that. Since the petition was created on Wednesday, it has gained more than 69,000 signatures, with new signatures added every hour. The petition is so close to meeting the intended goal of 75,000 signatures.

But it's unclear if it will actually work — Eason is already reportedly under investigation at this time, according to TMZ.

North Carolina's Attorney General's office reportedly received more than 100 complaints after the incident was made public, according to TMZ. Animal Control officers were sent to the couple's home on Thursday, and the Columbus County Sheriff's department also reportedly paid a visit. The Sheriff's office told TMZ that they, along with animal control, have "initiated a joint investigation into allegations of animal cruelty. The investigation is still ongoing."

Evans confirmed the allegations that Eason hit, shot, and killed Nugget to Celebuzz! earlier this week. "...I don't think they will do s— unless I press charges," Evans told the website.

It's unclear if both departments will find anything or if they will decide to charge Eason with anything once the investigation is over. But, it's a start, and it's certainly what people who signed the petition wanted to see happen.

One thing is certain — people are not happy about Eason's latest actions. This week, several different companies that advertise during Teen Mom 2 have vowed to pull their commercials from the show because of it, according to Ashley's Reality Roundup. Brands like Chipotle, Persil Pro Clean, and Dove Chocolate have all said that they would be pulling their commercials from airing during Teen Mom 2.

Eason hasn't appeared on Teen Mom 2 in a while. Last February, Eason was fired from the show after allegedly posting a series of homophobic tweets, according to People. "David Eason's personal comments do not reflect the views of MTV," a representative for the network told People at the time.

But Evans still is on the show. This season of Teen Mom 2 has focused on Evans' relationships with her mom and her fellow cast members, as well as her life as a mom to her three children. Fans have been there from the start of Evans' journey as a mom when she first appeared on 16 & Pregnant season 2 in 2010.

While it might be a little uncertain what will come out of the reported investigation or what might come out of this petition, one thing is certain — animal violence is never acceptable.