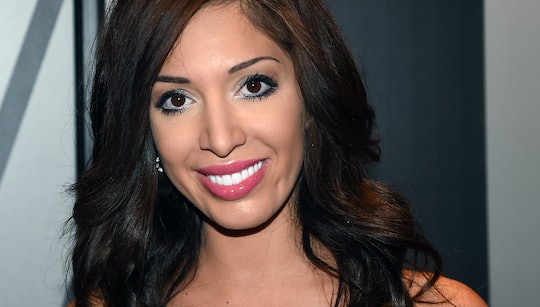 Abraham — who has a 6-year-old daughter, Sophia, with whom she was pregnant during her Teen Mom run — told Us Weekly about her plans to adopt:

I’m happy to confirm I'm moving forward in my adoption process. This means I will be making some changes in my career to welcome a new addition to my family ... Very excited and this feels so right. I'm very blessed for this opportunity.

This move is hardly sudden for Abraham. Earlier this year, the reality star told In Touch that she wanted more children by the time she was 25 (she's currently 24), and said in November that she hoped to adopt. As she wrote on Instagram on World Adoption Day:

I grew up with all my neighbors being adopted and in foster care and I’ve seen it mean the world to them to have loving and caring homes "a family." I hope soon Sophia and I can make a world of difference by bringing home a baby brother or sister for Sophia.

Still, it's inevitable that those who judge and shame Abraham for her past and present projects are likely to take issue with her next move — especially considering Abraham's parenting has already been pulled apart for such things as, according to Us, allowing her daughter to have a social media account.

No matter how you feel about Abraham, however, it's impossible to not respect someone hoping to give a child a home, especially with over 400,000 children in foster care on any given day. The fact that these children don't have a permanent family? That's the real controversy.