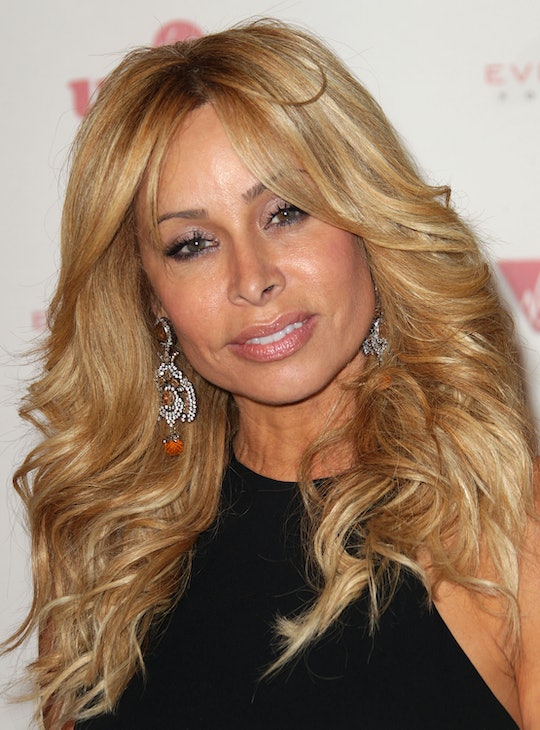 On Tuesday's episode of FX's American Crime Story, Johnnie Cochran and O.J. Simpson's defense team mentioned a Colombian drug cartel theory in court. According to Cochran, the cartel was responsible for the murders of Nicole Brown Simpson and Ronald Goldman. He also mentioned a technique used by the drug dealers called the Colombian Necktie — which, under any circumstances, you should not Google. The drug cartel theory revolved around Faye Resnick and her reported drug use prior to the time of the murders. The theory was just that — a theory — but has Resnick ever spoken out about it?

In The People v. O.J. Simpson, Cochran and the defense team proposed a "drug theory" as a possible explanation for the murders. A New York Times article published during the trial detailed what Cochran proposed. According to him, the murders were not a result of an upset ex-husband – O.J. Simpson – but rather, drug dealers.

Not only that, but the theory suggested that the dealers were not even out to kill Nicole Brown Simpson. Instead, the real target was her friend, Faye Resnick. According to The New York Times article, Resnick "was living with Mrs. Simpson, and taking drugs," around the time of the murders. Cochran proposed that the dealers were after Resnick because she did not pay a debt.

In an interview with Larry King in 1996, Resnick defended her drug use and rejected the notion that it caused the murders. When a caller actually asked if Brown Simpson was murdered by drug dealers going after Resnick, she commented there was no evidence of such.

The same month, Geraldo Rivera interviewed Resnick concerning the same issues. Similar to her Larry King interview, Resnick attempted to keep her cool – but defended herself and accused Simpson (Simpson was later found not guilty of the murders).

During the trial, Cochran accused detective Tom Lange of ignoring the drug cartel theories. In a case of "hypothetical" questions, Cochran asked Lange about how dealers murder and dispose of users in the area – the terrifying "Colombian necktie" being one way. The New York Times article outlines that Lange insisted that he did not believe the murders were affiliated with drugs. "... That wasn't the evidence that I had and that wasn't the path that I pursued. I had nothing to lead me in that direction," Lange said.

The theory was dismissed months later. According to Judge Ito, the defense was "highly speculative" and the team was not allowed to mention Resnick's alleged drug use to the jurors. This was a pretty big blow to the defense, since Cochran hoped to bring in Resnick's then-boyfriend, Christian Reichardt, as a witness.

At the time, Vanity Fair's Dominick Dunne said that Resnick did not agree with the drug cartel theory. Resnick supposedly did not believe Colombian drug dealers were after her. Dunne said, "I’ve seen Resnick roar with laughter at that idea."

Evidently the drug theory did not pan out for the defense, but we all know the trial ruled in their favor regardless.