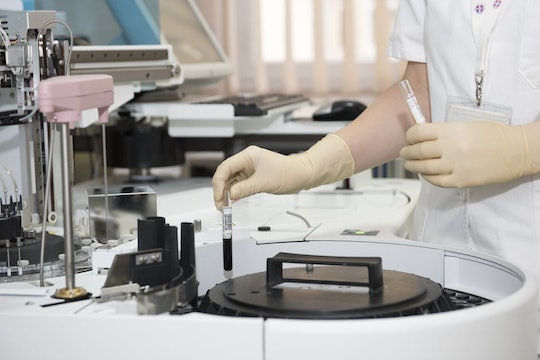 No one on this earth deserves to go through cancer. The disease doesn’t discriminate, though, and it has no mercy. Scientists, doctors, and researchers have spent decades trying to find a cure for the disease and there’s still no clear answer. However, there is some good news and this latest development could potentially help millions. On Wednesday, the United States Food and Drug Administration approved a new drug to treat childhood leukemia, and it's certainly a promising step towards a cure.

In a press release, the FDA called their approval “historic,” and said it was “the first gene therapy available in the United States, ushering in a new approach to the treatment of cancer and other serious and life-threatening diseases.” And truly, this new form of treatment has proven to be effective. As ABC News reported, the Children's Hospital of Philadelphia “treated the first child with CAR-T cell therapy — a girl who'd been near death but now is cancer-free for five years and counting.”

And while this new treatment therapy is potentially life-saving, it won’t be cheap. According to multiple reports, CAR T-cell therapy could cost families upwards of $475,000.

This new treatment works by unleashing the intrinsic power of a body’s ability to fight disease, and amping it up a lot. CAR-T cell therapy works, in short, by having “doctors extracting disease-fighting white blood cells, known as T cells, from a patient’s blood. The cells are frozen and shipped to a laboratory, where they’re genetically engineered to attack a specific protein on the cancerous B cells,” according to WebMD.

So, basically, CAR-T cell therapy is a way to fight cancer without putting a lot of harmful chemicals into the patient’s body. Which is especially nice considering that, for now, it’s only approved for childhood cancer.

The treatment is also one-of-a-kind for each patient, which helps to explain the higher price tag. However, it’s still unclear whether most insurance providers would cover this new option, as it was just approved on Wednesday.

Doctors, though, are especially excited about this new approval. Dr. Stephan Grupp of Children's Hospital of Philadelphia — who treated the patient that is now five years cancer-free — told ABC News, “This is a brand new way of treating cancer, that’s enormously exciting.”

So, while the treatment is still not widely available, its approval by the FDA shows the agency's confidence in its ability to tackle cancer. And hopefully, it will prove them right.