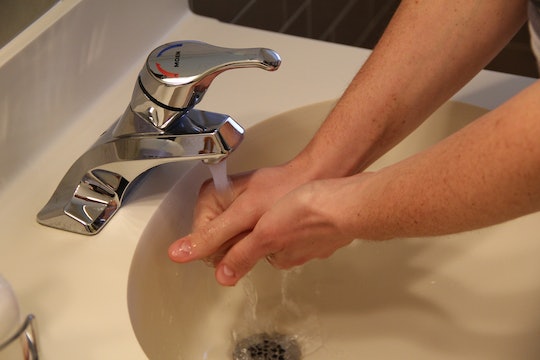 FDA Says Antibacterial Soaps Don’t Actually Do Anything, So Here Are A Few Alternatives

Heads up, germaphobes, it's time to stock up, because triclosan is getting phased out in the next year. After decades of debate with the Food and Drug Administratio, manufacturers were unable to prove that the controversial ingredient was either safe or effective, so the FDA has effectively banned antibacterial soap. Companies will have one year to remove triclosan and triclocarban from their hand and body washes, reported NBC News. Bans on the less common benzalkonium chloride, benzethonium chloride, and chloroxylenol will be deferred an additional year in order to give manufacturers a sporting chance at proving that they're acceptable, but 93 percent of antibacterial soaps are currently using triclosan as their active ingredient.

The FDA has been questioning the legitimacy of antibacterial soap since 1978, but it wasn't until 2013 that they finally cracked down, asking soap companies to submit data that showed that the products were safe and effective. Apparently, they failed. Triclosan hasn't been proven to be harmful to humans, but studies have suggested that it can cause hormone disruption in rats. According to NBC, it kills bacteria by breaking open the cell walls, but the process takes "several hours." Those with hand washing experience will note that the process typically lasts only as long as it takes to sing "Happy Birthday" twice, which is significantly less time than it takes for triclosan to actually work. So what does work?