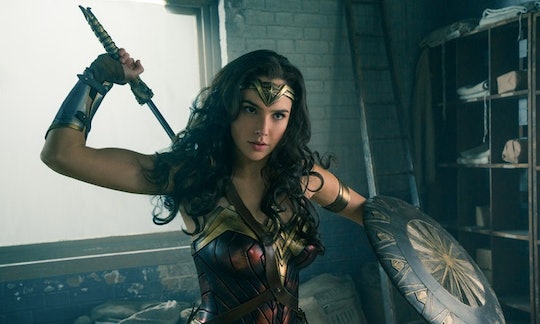 Female-Led Films Won The 2017 Box Office, & It's A Big Goddamn Deal For Our Girls

Seeing yourself represented on screen is important, especially when you're young. It allows you to imagine unexpected possibilities for your life if you see someone who looks like you doing something you never thought you could. It also reassures you that you're not alone and that there are other people like you out there. Unfortunately, Hollywood often presents a much narrower view of people than what actually exists in the world. Hopefully the fact that female-led films won the 2017 box office will change that.

It was reported that for the very first time since 1958, the three highest grossing domestic releases of the year were films led by women: Star Wars: The Last Jedi, Beauty and the Beast, and Wonder Woman. That means for almost sixty years, the annual list of the highest-grossing films was dominated by male protagonists. It's shocking that it took so long for female-led films to crack the top three again, especially since there have been so many spectacular films starring women in that time, but it's good news nonetheless. One of the main reasons why studios shy from making female-led films is that they allegedly don't make as much money, but this is indisputable proof that that's not true.

Aside from being a stellar counterargument, these movies open doors. Capitalism rules, so having three movies with women in the lead roles (and one with a woman in the director's chair, in the case of Wonder Woman) make millions means that it's more likely for movies like that to get the green light going forward. It could also potentially allow for more opportunities for women directors, thanks to Patty Jenkins' smashing success. But there's also no discounting how much of an impact it has on young girls in the audience to see heroes like Star Wars' Rey and Wonder Woman's Diana. It shows them that they can be heroes, too.

And young girls are flocking to that representation. Images of girls in their own Wonder Woman ensembles at movie screenings took the internet by storm after the movie was released. It's impossible not to get teary-eyed yourself when watching one young fan cry during a meeting with Gal Gadot at San Diego Comic Con. Then there were the pictures of girls gazing up at Kristen Wiig with rapt adoration during the premiere of Ghostbusters, dressed in their own ghost-hunting outfits. The fact that you can literally see the impact these films have on girls with your own eyes is incredible.

Of course, the people who have been clamoring for better representation for years already know how important it is, though it's good to get the numbers to back it up. The market for films starring women is there, and it's up to the people behind the scenes to catch up with their audiences. And while it is fantastic that the highest-grossing movies of 2017 all starred women, they were all heterosexual white women (though Diana is bisexual in the Wonder Women comics). People of color and people in the LGBTQ+ community need to be represented in lead roles in mainstream film, too.

Hopefully 2018 will be able to provide some of that representation. There are already some films to look forward to this year, with Taraji P. Henson's assassin thriller Proud Mary being released on January 12 and Ava DuVernay's star-studded A Wrinkle in Time premiering March 9. It's still early, but it's hard not to be cautiously optimistic when a new year begins. There may be a long way to go, but it's a nice change of pace to get off to a promising start.