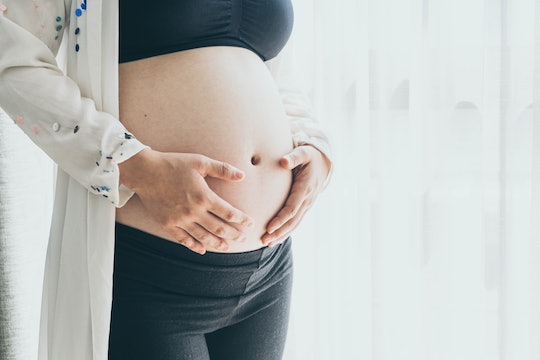 Fertility Rates In The U.S. Have Fallen To An All-Time Low, According To The CDC

Women in the United States appear to be having fewer children than ever before, according to a new report from the National Center for Health Statistics at the Centers for Disease Control and Prevention (CDC). In fact, in examining birth certificate data, the agency found that fertility rates in the United States have continued to drop, hitting an all-time low in 2018.

When separating the data by race, researchers found a slightly larger decline in the fertility rate for Hispanic women. While fertility rates were reported to have declined by 2 percent among both white and black women, Hispanic women exhibited a 3 percent drop from 2017 to 2018.

According to a separate report put out in May by The Pew Research Center, 2018 was the fourth consecutive year that researchers saw fertility rates in the United States hit record lows. However, Pew Research Center senior researcher Gretchen Livingston noted that a "slight decline" in the number of women whose ages fall within the peak childbearing years of 20 to 34 may be impacting the general fertility rate. She's also argued that "the record-low [general fertility rate] cited by the government is primarily a result of a decline in birthrates among women younger than 35."

According to CNN, the rise in births by women over the age of 35 may also be linked to an increase in preterm births found by the CDC. In their most recent report, the CDC's National Center for Health Statistics reported that preterm births rose from being 9.93 percent of all births in 2017 to being 10.02 percent in 2018.

In a separate report released in January, the CDC noted that, after years of decline, the nation's total fertility rate, which measures the hypothetical number of children women are likely to have based on current fertility patterns, is not at a level that would enable the nation to replace its existing population. While some may view this as an economic warning, those concerned about resource consumption likely see it as positive.