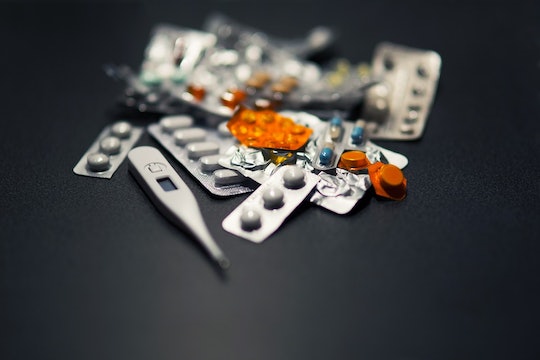 Fever During Pregnancy May Be Linked To Autism

While there is no concrete answer as to why some children have autism and others don’t, scientists have come up with a few theories behind what causes the neurodevelopmental disorder. According to a new study reported on Tuesday, one possible explanation could be that a mother’s fever during pregnancy may raise the risk of autism, according to The Washington Post. A pregnant woman’s high temperature during her second trimester was especially concerning as researchers found these children were 40 percent more likely to be diagnosed with autism spectrum disorder.

The odds were far greater if a mother reported having three or more fevers after 12 weeks of pregnancy — or the beginning of the second trimester, which lasts from week 13 to week 28 — according to the study published by Columbia University’s Mailman School of Public Health.

To get to these findings, the researchers followed nearly 96,000 Norwegian children born between 1999 and 2009 and found that 15,701 children — or 16 percent — whose mothers said they had fevers at some point in their pregnancies.

Of those children, 583 of them were later diagnosed with autism. After analyzing the data, they concluded that the risk of autism was “increased by 34 percent when mothers reported fever at any time during pregnancy, and by 40 percent in the second trimester,” according to the study.

As The Washington Post reported, this study “adds support for the theory that infectious agents that trigger a pregnant woman’s immune response may disrupt a fetus’s brain development and lead to disorders such as autism.”

Mady Hornig, lead author and director of translational research at the Columbia University's Center for Infection and Immunity, wrote of their findings in a press release:

Our results suggest a role for gestational maternal infection and innate immune responses to infection in the onset of at least some cases of autism spectrum disorder.

Hornig told The Washington Post that "fever seems to be the driving force here" and not the infection itself that caused an illness.

When most have a fever, they'll experience symptoms such as sweating, chills, muscle aches, and dehydration. If it's a particularly high fever, some may experience hallucinations, convulsions, and a sense of confusion, according to the Mayo Clinic.

The researchers also looked at how two different types of commonly used anti-fever medications — acetaminophen and ibuprofen — contributed to these findings, if at all. According to the study, the risk of autism was less severe among the children of women taking acetaminophen for fever in the second trimester, while there were no cases of autism among children of mothers who took ibuprofen.

The researchers noted that their findings with ibuprofen should be interpreted with "extreme caution" as a very small number of women included in the study used this particular drug to treat their fevers.

The authors also said that additional research needs to be done to learn exactly how a fever may relate to autism. However, in the meantime, this study provides more insight into the factors that could influence the risk of the disorder and may be able to assist health care providers when treating their pregnant patients.