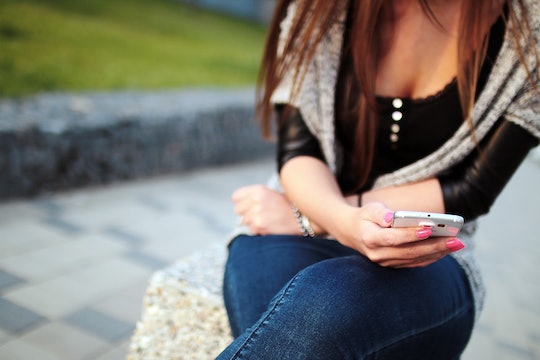 When it comes to trying to achieve or avoid pregnancy, timing really is everything. Knowing exactly when to expect that tiny window of fertility (or avoid it altogether) is a crucial bit of information for most women. And there are multiple apps available online that claim to be the best at predicting that window. But while whipping out a cell phone and using an app might be the most common way for women to track and predict their reproductive health, it may actually be the least effective. It turns out few period-tracking apps accurately predict fertility, according to a new study. And it’s because most of them are based on an outdated understanding of when a woman is most fertile.

In a study to be published in Journal of the American Board of Family Medicine, Georgetown University researchers reviewed around 100 fertility apps available through iTunes, Google Play, or Google. According to Medical News Today, most of the apps worked by allowing the user to input information about their menstrual cycles — from start date to average number of days — and used that information to predict when ovulation might happen or when their next period is likely to begin.

But it actually takes a lot more information to accurately forecast ovulation. According to the American Congress of Obstetricians and Gynecologists, there are at least two other crucial indicators: basal body temperature and cervical mucus. The ACOG website points out that changes in cervical mucus can signal a day or two before ovulation, while a rise in a woman’s basal (or resting) body temperature happens approximately two to three days after. So watching the three markers together — also known as the fertility awareness method — offers the clearest view of ovulation.

However, few of the apps in the study actually took all three indicators into account. According to Medical News Today, more than half of those reviewed were disqualified from the study because of disclaimers saying they didn’t use fertility awareness methods or weren’t meant for use in avoiding pregnancy. The researchers found that, out of the remaining apps, 40 apps in total, around 30 predicted fertile days with a few false negatives. According to the study, only six apps were able to give accurate, reliable predictions of ovulation and fertility.

But giving up on health apps altogether may not be necessary, said Dr. Marguerite Duane, who co-authored the study. “Apps offer a convenient way to track fertility biomarkers, but only some employ evidence-based [fertility awareness-based methods,” she told Medical News Today. Instead, Duane’s advice was that women learn about the cervical and other body changes that happen during ovulation and choose fertility apps that allow them to input as many related symptoms and markers as possible. An app might help make life easier, but, like they said in health class, there seems to be no substitute for really understanding how a woman’s body works.