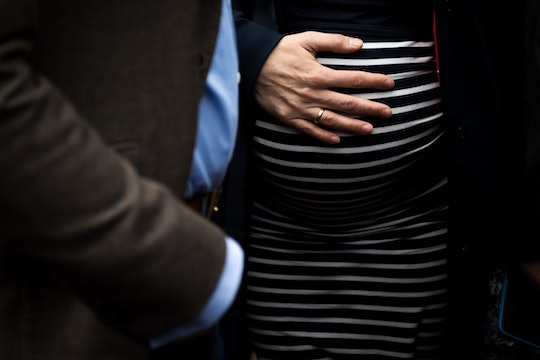 If you needed to hear some good news, you've come to the right place. A new study has found that fibroids don't lead to miscarriages, so women everywhere can breathe a huge sigh of relief. It has been believed for years that the non-cancerous uterine growths were connected to miscarriages, causing many women who suffer from fibroids to greatly stress out over pregnancy. Thanks to the new study, published in the American Journal of Epidemiology, we now know for sure that there is likely no correlation between the two conditions.

Researchers examined 5,500 women from different backgrounds over 10 years. The women were divided into two categories: those who suffered from fibroids and those who did not. The researchers were able to determine that both groups of women suffered miscarriages at the same rate, which was 11 percent. This result was immensely surprising to the team of researchers because they originally intended to discover what kind of fibroids were most likely to cause miscarriages, according to FitPregnancy. Instead they discovered that fibroids did not increase the risk of miscarriage at all.

One question some women may have after hearing about these new findings: Why did it take so long to disprove the correlation between fibroids and miscarriage? Women have worried immensely over the years that their fibroids might cause them to miscarry and are only now learning that this is not the case. FitPregnancy spoke with the lead author of the study, Vanderbilt University Medical Center professor of obstetrics and gynecology Katherine Hartmann, MD, PhD, who explained, "When a condition like fibroids is common and an event is common like miscarriage, there is risk of the appearance that they are 'true, true, yet unrelated,' meaning we correlate rather than prove the association."

It's definitely a huge relief that fibroids are not causing miscarriages, especially for women who were considering undergoing a myomectomy to remove fibroids. A myomectomy is a major surgical procedure which women undergo to remove fibroids in order to increase their chances of pregnancy. This procedure will now be considered unnecessary intervention for women suffering from fibroids wanting to decrease the chances of miscarriage.

Even though fibroids aren't causing miscarriages, as it was previously believed, they can still be a serious problem. According to UCLA Health, symptoms of fibroids include: heavy periods, abnormal bleeding, pelvic pain, lower back pain, increased risk of cesarean births, and malposition of the placenta.

It's great to see a step forward for women's reproductive health. Hopefully even more important breakthroughs will be made in the coming months.

More Like This
OB-GYNs Explain The Connection Between Stress & Miscarriage
What Foods Fight Nausea During Pregnancy?
Is Raspberry Leaf Tea Safe To Drink During Pregnancy?
Is It Safe To Pump While Pregnant? Experts Weigh In
What Parents Are Talking About — Delivered Straight To Your Inbox