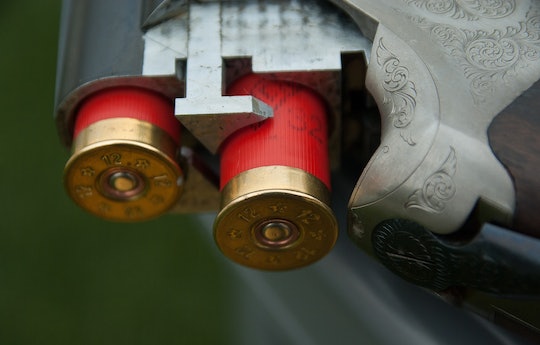 Firearm Injuries 3rd Leading Cause Of Death For US Kids

Here's a sobering statistic: Firearm-related injuries are now the third leading cause of death of kids in the United States. Here's another one: Each day in this country, 19 kids either die from or receive medical treatment for gunshot wounds. That's just some of the disturbing information in a new study from the Centers for Disease Control (CDC) that analyzed how guns affect children 17 years old and younger in the United States. Amid the onslaught of (largely unsurprising) data researchers gleaned, it's impossible to deny that kids are getting shot at unacceptable rates. But it's not all doom and gloom, because there are concrete steps that people can take as individuals and as a society to curb the violence.

CDC researchers published their findings in the journal Pediatrics Monday, describing it as "the most comprehensive analysis of firearm-related deaths and injuries among U.S. children to date" that highlights "the need for scientifically sound solutions." And the numbers they uncovered unequivocally support the need for a change in this dismal status quo. According to CBS News, almost 1,300 kids die as a result of gun violence in the United States every year, and 5,790 survive such a traumatic event as being shot annually.

But gun violence does not affect all kids equally or in the same way. For example, boys made up 82 percent of all those affected between 2012 and 2014, Live Science reported. African American youths were the most likely to die in a firearm-related homicide, while their white and Native American peers died of suicide more often.

Dr. David Wesson, a pediatric surgeon at Texas Children's Hospital, told CNN that the prevalence of suicide among young people is disturbing. He was not involved in the study, but said:

It's important for parents to be aware of their children's state of mind and if they're depressed. Just having access to a gun in a situation where you're upset with what's going on at school or with your friends, or your own internal emotional state, it unfortunately can lead to suicide. It's very important for parents to be aware of that, particularly if they have guns in the home.

Ideally, there wouldn't be guns in households with children. Dr. Eliot W. Nelson, of the University of Vermont Children's Hospital wrote an op-ed to accompany the study in which he agreed with the American Academy of Pediatrics, saying "the safest home is one without firearms." Still, Nelson called for engaging "parents who keep guns for hunting or self-protection, and who are part of a wide spread and deeply rooted social gun culture in our country." To that end, the CDC is advocating for safe gun storage in homes, such as gun safes and lock boxes.

Not that this country exactly needed it, but this report is further evidence that parents, lawmakers, and other stakeholders must act to protect our kids from gun violence. Accepting the CDC's recommendations is a great jumping off point for continuing this work.

More Like This
20 Heartwarming Episodes To Help Prepare Your Child For A New Sibling
Jason Ritter's Family Cannot Appreciate His Culinary Talents
All The Nights The Grinch Airs On TV In 2022
How To Watch Elf In 2022, Including A 24-Hour Marathon