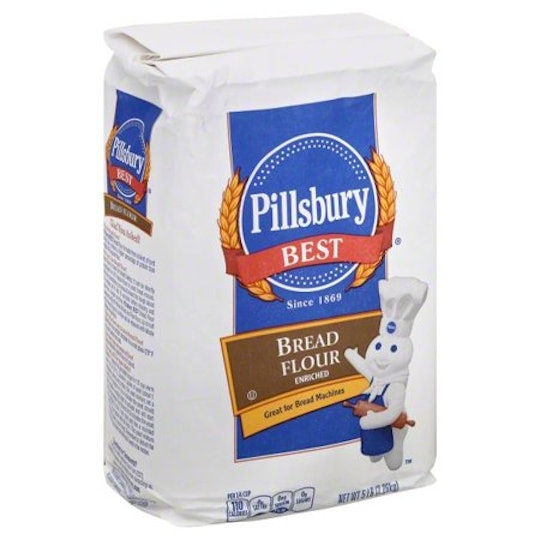 Another day, another recall. It seems like the news cycle is on repeat but, unfortunately, that means consumers are facing another recall. This time, a household staple that is often used in everything from bread and pasta to cookies and cake is in question. This flour recall update reveals additional brands might be affected by contamination.

This is part of a larger recall from ADM Milling, which is owned by global food processor Archer Daniels Midland Co. Last week's recall of 14,000 cases of King Arthur Flour was also traced back to an E.Coli outbreak at ADM's plant, according to the FDA.

The FDA is encouraging anyone who used the flour to wash hands, work surfaces, and utensils thoroughly if it came in contact with the flour, raw dough, or cake batter made with the products in question. Because of the flour's powdery nature, it can easily spread through out the kitchen.

E.Coli is an intestinal bacteria that can wreak havoc on a persons intestinal system, according to the Mayo Clinic. People are usually exposed to E.Coli through contaminated food or water, and symptoms start to show about three to four days after exposure. Symptoms include high fever, vomiting, bloody diarrhea, and severe abdominal cramps.

Healthy adults usually recover in about a week, but children and elderly could be at risk for secondary infections like kidney failure, according to the Centers for Disease Control.

Consumers are asked not to consume the flour in any form, and to throw away any affected product or bring it back to the store of purchase for a full refund, according to a statement from Hometown Food Company, which gets it flour from ADM and distributes on behalf of Pillsbury.

This flour recall is just one of two major recalls announced on the same day. Three flavors of Ragu spaghetti sauce were recalled because they might contain fragments of plastic, according to USA Today. All three sauces were reportedly produced from June 4 to June 8.

So, maybe this isn't the week to make your own pasta to serve with a jarred sauce this week. Better stick to takeout with the family just to be safe.