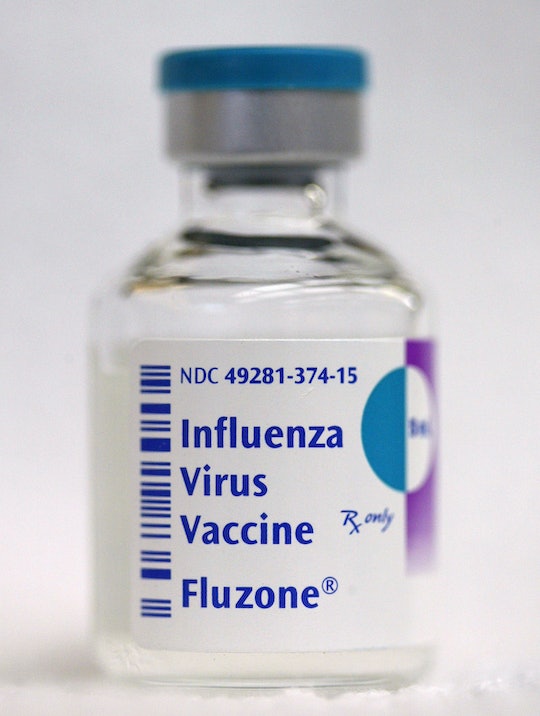 Flu Shots Don't Cause Autism, Even If Women Are Vaccinated While Pregnant

Flu season is coming up, and if you're an expectant mother, perhaps you're wondering if a flu shot might have any adverse affects on your future baby. Worry not, and go get vaccinated! A new study found that flu shots don't cause autism, even if women are vaccinated while pregnant. However, avoiding a flu shot could have serious consequences.

The study, published in JAMA Pediatrics, studied risks in autism for both babies whose mothers got the flu while pregnant with them, and for babies whose mothers got a preventative flu shot while they were in the womb. The study's authors looked at over 100,000 children, over 3,000 of whom developed autism. They found that, first of all, mothers getting the flu had no affect on their future children developing autism. And when it came to flu shots, the authors noted,

There was a suggestion of increased risk of autism spectrum disorders among children whose mothers received an influenza vaccination during their first trimester, but the association was statistically insignificant after adjusting for multiple comparisons, indicating that the finding could be due to chance.

The study's authors did not call for a change in vaccine policy, which currently recommends that expectant mothers get a flu shot, with the study's senior author, Lisa Croen, telling NPR that, "We feel [the study] should be reassuring for prospective mothers."

It's possible that some expectant mothers might read the study's results as a sign that they should forgo a shot and just deal with the flu if they get it, since the study's authors found no link between maternal influenza and autism. However, the Centers for Disease Control and Prevention recommends that expectant mothers get flu shots for a reason. While autism specifically might not be a concern, pregnant women are more susceptible to serious risks from flu than women who are not pregnant. Because of changes in their immune systems, as well as changes in their hearts and lungs due to the pregnancy, these women are more likely to end up in the hospital or even die from the flu. And they're more likely to give birth prematurely, or to babies with birth defects.

Now might also be a good time for a reminder that the scientific paper that started the whole worry that vaccines could be linked to autism was later retracted and deemed fraudulent, and that no convincing scientific evidence exists establishing a link, despite what our president-elect might say on Twitter.

So please, if you've been on the fence about getting a flu shot this year, hop off it and head on down to your doctor's office.