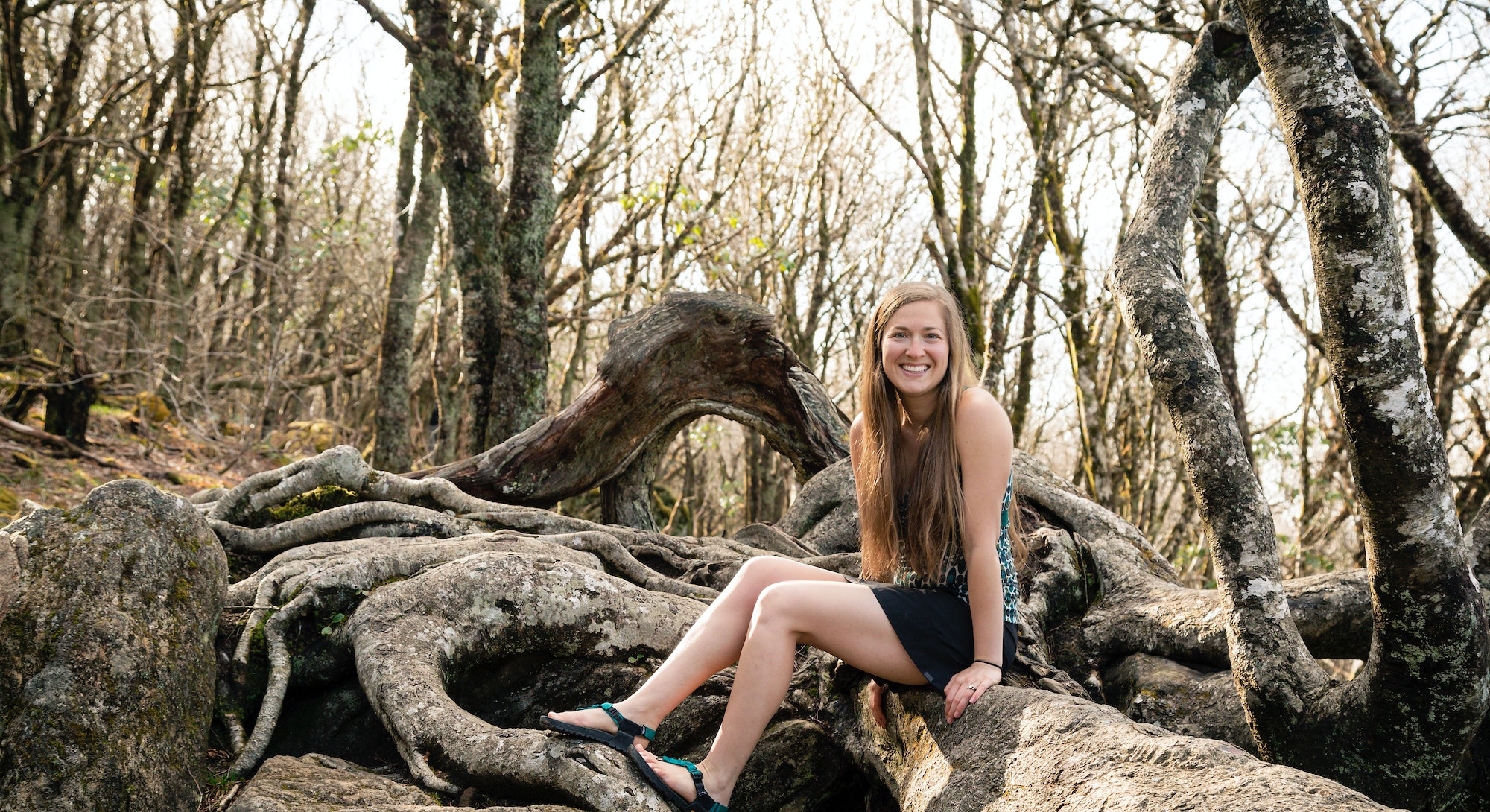 For This Mom, Motherhood Is A Long Hike. Literally.

Think you have to tote a lot of stuff with you on a morning outing with your baby? Trying heading out for six months in the woods. That's what Bekah and Derrick Quirin, both 26, did shortly after their daughter Ellie turned 1. The idea to through-hike the Appalachian Trail hit Bekah Quirin a few weeks into her maternity leave. The family set off in late March 2017 and completed the trek six months later, making Ellie the youngest-ever through-hiker — and yes, she was hiking bits of it by the end on her toddling legs (the title of youngest through-hiker on foot belongs to Christian Thomas, aka “Buddy Backpacker,” who completed it at age 5).

It's a wild accomplishment. Only about 20 percent of hikers who begin the 2,190-mile trail finish it, typically taking five to seven months, according to the Appalachian Mountaineering Club. And most of those people aren't carrying a child on their backs.

Nor has the typical through-hiker recently given birth. But for Quirin, getting out on the trail and putting one foot after the other felt like the way forward.

She says her body handled pregnancy well — she was running regularly until 36 weeks, when she delivered — but the challenge in planning a serious through-hike was breastfeeding. She didn't want to compromise Ellie's milk supply.

"I was looking for distance backpackers who had breastfed, and information doesn't exist on that," she explains with a level of surprise. So she researched marathoners and ultramarathoners and found women who had successfully breastfed while exerting themselves for hours or days or months on end. "Basically, it came down to if you are getting enough sleep, enough water, enough food," breastfeeding would be fine. "No matter how much exertion there is, that was true."

As with everything in parenthood, "Eighty percent of the work is just figuring everything out" logistically, she says. They had to plan meal drops weeks out, and carry everything with them, including Ellie's diapers, in between towns. They made conservative decisions about when to be on the trail, avoiding high winds, snow, and heavy rain to make it a positive experience for Ellie, who they affectionately call "Roo," and completing the trek out of order in chunks.

My previous backpack didn't talk to me.

A backcountry guide by occupation, Quirin attended North Greenville University with her high-school sweetheart — and eventual husband — Derrick, where they both studied outdoor leadership. After several years of working as a guide, first with at-risk teens in the Pacific Northwest and then in North Carolina, Quirin says that she lost her "gusto" for the outdoors because she came to view it as a job. During maternity leave, she found her legs again just by walking the neighborhood. "I started thinking about the passions I had had and why I loved it for my career." Enter the idea to take her family on trail.

One of the biggest changes as a new mom was switching out her usual hiking load for a baby carrier. "My previous backpack didn't talk to me," she jokes. Though Ellie wasn't talking much at 1, Quirin needed to understand her needs throughout the day. "It was an adjustment of focusing on walking at the same time as taking care of normal baby needs, and even through the end that was something that I was constantly figuring out — what she needed, but also making sure I was taking care of my needs."

Quirin carried Ellie — the magical backpack that got heavier by the day — for the first 800 miles and then swapped with Derrick. "Being able to share the responsibility of him wearing her was nice. So he'd walk ahead and we would take breaks from one another."

The trek was, in a poetic sense, a metaphor for the constant change that defines parenting. Months into the hike, "[Ellie] started walking and it became so much harder to make mileage," Quirin says. The eight hours they could manage in a day, allowing for toddler breaks, wasn't enough to complete the hike on time, and they didn't want to be out there longer than they had to. Ellie, they felt, needed to finish the hike to have the freedom to run around. "We started to feel the pressure of time," Bekah says, "So we made up for it every way we could, by physically exerting ourselves when she went to sleep."

The new family routine was to wake up before Ellie, pack up the camp and haul her along the trail asleep for the first hour or so in her carrier, then stop for breakfast. They would stagger the miles through the day, and perform the feat in reverse at night, stopping for dinner, packing Ellie off to sleep in her carrier, then banking additional miles in the dark before stopping to set up camp.

While walking, I would think a lot about what I wanted Ellie's future to look like.

They met other families on trail, each of which Quirin describes with far more awe than her own achievement. "We saw a mother and a son [aged 4 or 5] — I don't know how long they ended up hiking, maybe 700 or 800 miles," she recalls, and a family from Boston, Jess and Bryan Ausinheiler, who hiked with their baby for 500 miles and are aiming to complete the trail in three years.

The hike provided the kind of clarity that comes to most of us only get in fleeting glimpses. "While walking, I would think a lot about what I wanted Ellie's future to look like, and I felt like I was always doing what I had wanted. I had wanted to raise our kids with an emphasis on the outdoors," says Bekah. It was during their hike that the Quirins decided that they wanted a big adventure every two years. Upon return, they sold their house and land, and converted a Sprinter van into a mobile home — an arrangement she admits might not fit them once they have a second child.

Next up? "We're going biking from Banff to the border of Mexico, so [we'll] tote Ellie behind us in a trailer."

In the lead-up, Bekah and Derrick continue to build out their YouTube channel, The DirtBag Baby, with videos offering tips for families on distance hikes, wilderness first aid, and other topics, like distance breastfeeding, that Quirin says just aren't covered anywhere else.

People often find the Quirins through their Instagram account and ask for tips and tricks, she says, and she has a generous approach to responding. "Honestly I would just give them my phone number... We really want to inspire other families."

It's important that the outdoors be a piece of Ellie's life, too. "My biggest growth in life has been on backcountry trips," Quirin says, "and so I would hope that the same growth would happen by facilitating trips for her."

Her best tip for other parents hoping to share their love of the outdoors with their kids? "Start early."