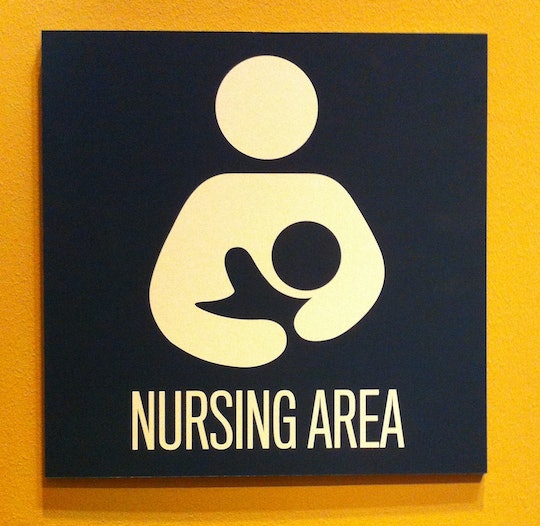 The streaming music company TIDAL could be in some hot water according to court papers filed on Monday. A former employee alleges she faced pregnancy discrimination at TIDAL after giving birth. The lawsuit against TIDAL was filed by Lisette Paulson, a former labor and artist relations consultant with the company, who was employed at TIDAL from March 2015 to September 2015, according to her LinkedIn profile. Paulson's suit names TIDAL's COO Desiree Perez, CFO Joe Burrino, and the company itself. (TIDAL did not immediately respond to Romper's request for comment.)

In her suit, Paulson alleges that she had confirmed with Perez that she would return to work after the birth of her baby in May 2015. Within a week of her returning back to work in September 2015, Paulson v. TIDAL, et al, states that the new mother met with Perez to discuss a number of issues, including salary, her work schedule, the possibility of working from home, and where she would be able to privately pump her breast milk, as she was breastfeeding her child at the time.

According to the suit, Perez allegedly suggested that Paulson use the bathroom to pump — God forbid! — and then allegedly asked Paulson to confirm whether the company (TIDAL) had to provide her with such a space. Eventually, alleges Paulson, Perez said she "needed to speak to human resources and figure it out." The next day, Paulson was fired.

Paulson seeks an unspecified amount in compensatory and punitive damages, to be determined by a jury trial — as well she should. If what Paulson claims in her lawsuit proves to be true, TIDAL not only potentially faces being found in violation of sexual discrimination laws based on Paulson's pregnancy, but also in violation of federal labor laws. In 2010, the federal Break Time for Nursing Mothers law was passed to ensure that all breastfeeding mothers be allowed a private space – that is not a bathroom — to pump breast milk while at their place of work.

As a new mom, it's hard enough trying to balance the struggle of going back to work with a baby still so little. Harder still is trying to breastfeed, much less trying to balance work and pumping. It shouldn't be too much to ask of employers that as a breastfeeding mom, you can source your child's sole means of nourishment and nutrition in private — and yet, even six years after the passage of the nursing mothers law, working moms still face this kind of hassle. But of course, it's more than just hassle — it's against the law.