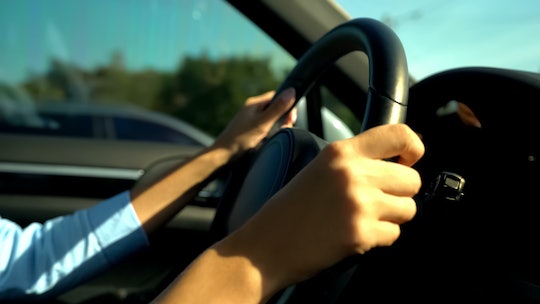 Just when you thought the news cycle couldn't get any more unbelievable, a story about four kids who stole a car belonging to one of their parents has surfaced out of Australia. According to reports, the group (all between the ages of 10 and 14, I might add) embarked on a 600-mile road trip along the continent's coast, possibly splitting up driving responsibilities along the way. Spoiler alert: Every detail about this story is wild.

As CNN reported, four Australian kids — one 14-year-old boy, two 13-year-old boys, and a 10-year-old girl — allegedly swiped one of their parent's Nissan Patrol SUV for a 600-mile joy ride. The kids were cruising along until they were apprehended by police officers in New South Wales (a state on the east coast of Australia) on Sunday morning.

Although it's not clear why the kiddos left home, the group reportedly packed the car with fishing poles, suggesting that they planned to do a little fishing, according to CBS News. And while on the way to wherever they were headed, they allegedly stole gas from a local station, according to Travel + Leisure.

Before the gang took off for their mega-adventure, one of the kids left their parent a "goodbye" note, according to USA Today. And while every nature lover can understand the urge to head off into the wilderness every once and a while sans communication, it goes without saying that parents deserve a heads up about their child's whereabouts. Not to mention, the legal driving age in Australia is 17.

New South Wales Police did not immediately respond to Romper’s request for comment regarding this incident.

Of course, it's fair for people to wonder how the group managed to travel from from Rockhampton, Queensland to Grafton, New South Wales, which takes around 10 hours to do. Inspector Darren Williams had a pretty amusing answer to this question, telling CNN's affiliate, Nine News: "It's a pretty big journey. It's a long way for a person to do it, but I suppose a couple cans of Red Bull and you're likely to do anything." Ha! That's one possible theory.

So, how did the police eventually locate the crew? According to CNN, authorities were able to zero in on one of the minor's cell phones to track their whereabouts. But once located, the the kids allegedly refused to open the car doors, and officers were forced to break one of the windows. Oy.

After the kids were located, the vehicle in question was seized and the group will face unspecified charges, according to CBS News.

Although this story is interesting (it's not every day that four kids steal a car and drive for 600 miles), it's important to remember that the most important thing there is the kids' safety. I'm glad everyone is OK and that no bystanders were hurt, as this situation could have ended with a tragic outcome. And hopefully, all of the kids involved here learned a lesson about car safety.