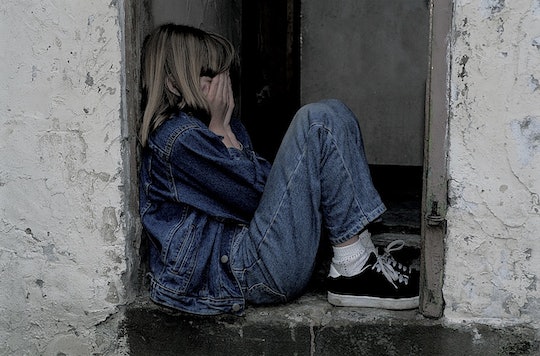 While it might come as a shock to many, the use of physical violence to punish kids is still prevalent in many parts of the world. Including the United States. Even though there are laws against more overt acts of child abuse, some acts deemed less harmful have only recently become outlawed. A new law in France bans spanking, making it the 52nd country to do so. Why is it still allowed elsewhere, including the U.S.?

Some of us might have been spanked as kids, but even if we weren't chances are we can remember our parents talking about getting spanked or otherwise physically punished. And not just at home — schools did it, too. Corporal punishment was widely used — and accepted — up until just the last decade. It wasn't banned in private schools until 1999. And according to the Human Rights Watch and the American Civil Liberties Union, a quarter of a million children received corporal punishment in public schools as recently as 2006 to 2007. As of 2015, corporal punishment is still legal in 19 states.

And that's just in schools: what parents are allowed to do at home, under their own roof, is definitely not as regulated, let alone tracked. Arguments for and against spanking in particular have been ongoing for decades. But a recent review of more than 50 years of research on whether spanking worked to curb kids' disobedience found that kids who were spanked were actually more likely to be defiant than kids who weren't.

Another area of contention lies in the assertion that spanking is not child abuse; a qualification that is usually made subjectively, since people who admit to spanking their children (and many may not) tend to describe them as brief "swats" on the behind, rather than sustained infliction of pain. According to a survey by ChildTrends, 76 percent of men and 65 percent of women thought spanking was justified if children misbehaved. In 2015, The Pew Research Center found that about half of all parents reported spanking their children at least once.

In addition to arguing that research shows spanking doesn't work to deter "bad behavior," other research suggests that it can actually have a measurable negative impact on children in the longterm: including increasing their risk of depression and anxiety later in life, making it not unlike child abuse in that regard.

The bill passed in France is similar to others throughout Europe in recent years that have banned spanking and "all cruel degrading or humiliating treatment, including corporal punishment" by parents. The United Kingdom, Italy, Switzerland and the Czech Republic still allow spanking, but the rest of Europe has outlawed the practice. Sweden was the first country to ban spanking, and it did so in 1979, followed by Finland, Norway, and Austria. Spanking is also banned throughout the majority of South America, and parts of Africa.

Corporal punishment, including spanking, might be illegal in some states, but it's still totally legal for parents to use in the home. But with so much research coming out showing that it isn't effective and can actually cause harm — along with more and more countries across the world banning the act — it will be interesting to see if the U.S. follows suit.