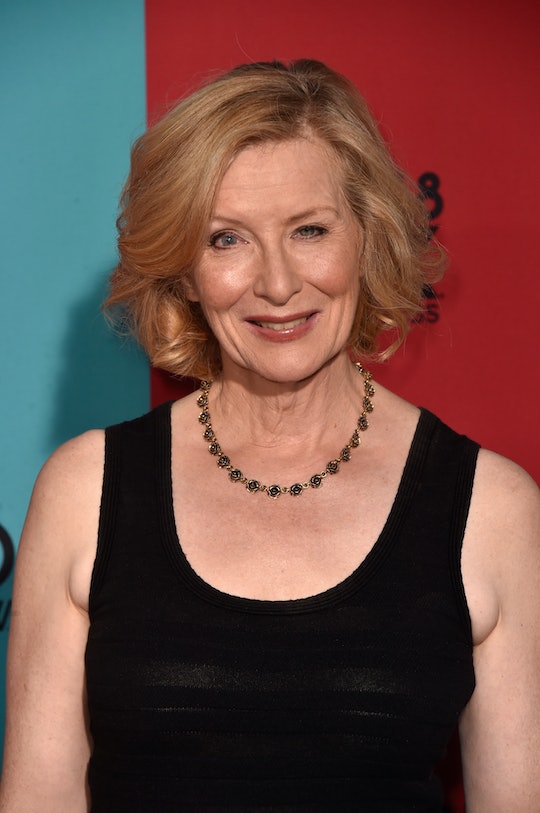 Frances Conroy Joins 'AHS: Roanoke', But You Might Have Missed Her

Just about every aspect of the season was kept on the down low in the months prior to American Horror Story: Roanoke's premiere. We knew nothing about the season's theme – save a few contradictory teasers – and we only had the barest of confirmations for the cast, with absolutely no hints for the characters they'd play. Given that AHS has a group of tried and true veteran actors who have appeared in many (if not all) of the show's six seasons, there were some faces we expected to see again. One such actor is Frances Conroy. As expected, Frances Conroy joins American Horror Story: Roanoke in tonight's episode, but blink and you might have missed her.

Despite rarely having main cast roles or appearing in every episode, Conroy has been a consistent presence in almost every single season of AHS – save last year's Hotel, the first (and, so far, only) season in which she didn't appear in at all. Her last appearance was as Gloria Mott, the mother of deranged psycho-killer Dandy Mott, in Season 4's Freak Show. The delightfully clueless (and sort of dim) Gloria was totally useless in the face of her son's serial-killing tendencies, and her life was cut short when he eventually shot her in the head.

Conroy, a veteran actress, has consistently been one of the greatest talents on the series, despite the occasional brevity of her roles. Unlike Sarah Paulson or Evan Peters, who have nearly always had larger roles, Conroy's appearance in Season 6 wasn't confirmed in advance. For that reason, it was surprising to see her show up, very suddenly, near the apparent end of the "My Roanoke Nightmare" arc, as "Mama Polk," the matriarch of the "hillbilly" Polk family who the Millers had believed were taunting them.

Of course, as we quickly learned, Ishmael Polk and his kin, who were in a bidding war for the Roanoke house with the Millers, weren't actually responsible for the attacks on Shelby and Matt in their home. That was all the Butcher, her followers, and the ghosts of her victims over the years. Alas, despite being technically innocent of staging the attacks, the Polks definitely weren't all that harmless.

When Shelby and Matt found the Polk family (and a somehow-still-alive Elias Cunningham), it briefly appeared like they might be potential allies. Unfortunately, it was quickly revealed that, though "Mama Polk" had kept Elias alive after he'd been shot through with arrows by the Ronaoke colonists, they'd kept him breathing for a nefarious reason – to eat him. Yep, Mama and the rest of the Polks are cannibals.

Not only were the Polks flesh eaters – they were actually aligned with the Butcher and her followers. As Mama explained, the Polk ancestors had brokered a deal with the Butcher, allowing them to remain unharmed so long as the Butcher had plenty of other murder victims with which to consecrate "her" land. For that reason, Mama and the Polks were all too happy to turn Shelby, Matt, and Flora over to the Butcher, thwarting their escape attempt. The fact that they killed one of Mama's sons in transit definitely didn't help matters any.

Though the docu-series section of the season appears to have wrapped with the close of "Chapter 5," here's hoping that we see Frances Conroy again, in some capacity, before the season is through. She's far too big a talent for just a one-off appearance.