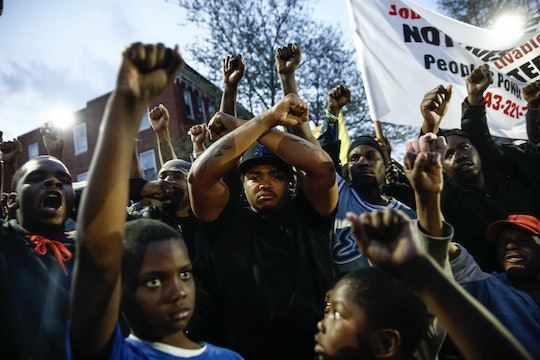 A Maryland Court of Appeals judge on Thursday postponed trials for five officers allegedly involved in Freddie Gray's death last April. The decision was made to push back the trials until a decision on whether a judge could compel one officer to testify against the others was made. Gray passed away while in police custody last year, eliciting questions surrounding the Baltimore Police Department's record and prompting state attorney Marilyn Mosby to file charges against the six officers involved.

According to The Baltimore Sun, which broke the news late in the day, the Maryland attorney general's office had initially petitioned the courts for an expedited process, which would have bypassed the "lower-level appeals" system in order to bring the question of whether the court could compel one of the officers to testify while simultaneously facing charges of his own to the front of the line.

The development comes on the heels of news that Circuit Judge Barry G. Williams had ordered Baltimore Officer William G. Porter to testify in the trials of Officer Caesar Goodson and Jr. Sgt. Alicia White. Porter and his attorneys this week asked the courts to delay that decision until a higher court could come to its own conclusion on the matter.

According to The Sun, the question at hand now is whether Maryland's immunity statute covers Porter's right against self-incrimination. In her decision to delay on Thursday, Chief Judge Mary Ellen Barbera explained that the question deserved furhter investigation, writing,

[Does the immunity statute] require a court to order compelled, immunized witness testimony after verifying that the statutory pleading requirements of the prosecutor's motion to compel have been met, or does the statute instead permit a court to substitute its own discretion and judgment as to whether compelling the witness's testimony may be necessary to the public interest such that the court may deny a prosecutor's motion to compel even if the motion complies with the statute's pleading requirements?

Porter's own trial in the Freddie Gray case ended in a mistrial this past December. According to the Associated Press, the mistrial ignited a storm of protests outside the Baltimore courthouse, with Black Lives Matter activists chanting, "Send those killer cops to jail", and "No justice, no peace."

The Court of Appeals is set to hear arguments on March 3. Officer Porter will face a retrial on June 13, according to WTOP. Altogether, the process could take up to five months, according to limitations within Maryland state law.