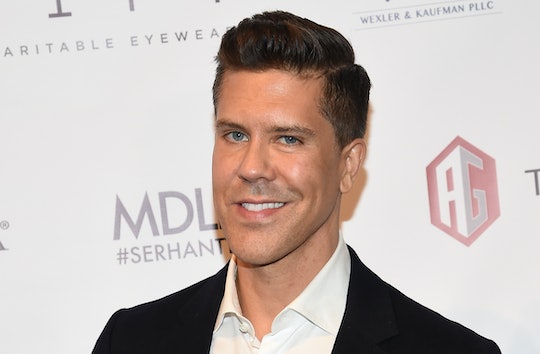 Million Dollar Listing New York is back, and it returns with some of the biggest names in real estate, including star broker Fredrik Eklund. Along with watching him close major property deals last season, fans also got to see him become a father with his husband, Derek Kaplan. Wondering what he’s been up to since then? One look at Fredrik Eklund’s Instagram from Million Dollar Listing New York and you’ll see he’s been busy making moves.

In an Instagram post from Jul. 10, Fredrik revealed he and his family — including Derek and twins Milla and Fredrik Jr. — are leaving their hometown of New York City to move to Los Angeles permanently. In the post, he explained moving with toddlers wasn’t easy, but he had been thinking about expanding his business to California for years. He also noted that fans will get to follow his new journey on this season of Million Dollar Listing New York, as he travels between cities for work.

Fredrik shared his love for both cities, but also clarified this move to L.A. doesn’t mean he’s out of the New York City real estate game. “This weekend we’ll take the kids to the beach for the first time, I went hiking this morning,” he wrote in the caption. “I’m so grateful for the warm welcome here - at the same time I want to make crystal clear that my business in NY is going to expand with me very present. NY is the city that welcomed me first and gave me the platform to grow the business that allowed me to fulfill a lifelong dream of also be in LA. John and Julia my partners and extended family have their feet firmly planted in NY with the incredible team there.”

Aside from moving across the country, Fredrik has been busy being a doting dad to his twins. His Instagram page is filled with photographs of Milla and Fredrik Jr., and you can tell they are Fredrik’s number one priority. On Father’s Day, he shared pictures of him and Derek celebrating with the twins on a farm, and earlier this spring, he posted a video of the twins playing on the scenic grounds of his Connecticut mansion.

“When we bought the house we didn’t have kids,” he captioned the video. “But I had this vision that one day they would run around here. So I planted two apple trees that now are blooming. And I built a little red bridge as a symbol of the challenges we crossed. On a day like this I’m so thankful how it all turned out.”

On his Instagram, you can also see that Fredrik and Derek’s relationship is stronger than ever, and the two even managed to sneak away to the Maldives for some “Dada time” in May. I’m sure you’ll see much more of Fredrik’s family and work life this season of Million Dollar Listing New York, so keep tuning in to get the inside scoop.