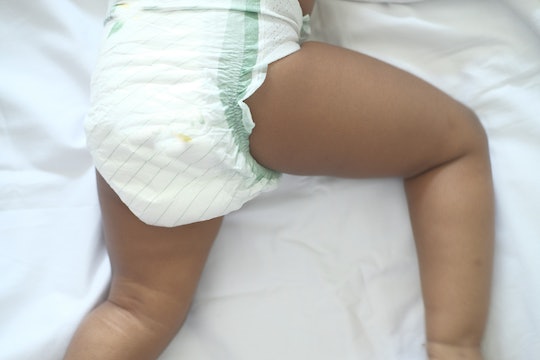 Every year hundreds of parents in California's San Francisco county have struggled to ensure their child always has a clean diaper to wear. Now, though, the San Francisco Diaper Bank has made free diapers available to any family in need who participates in the public assistance programs known as CalWORKs and CalFresh. The program has made San Francisco the first country in the nation to make free diapers a supplementary benefit for families receiving public assistance.

Launched in 2015 following a partnership between San Francisco county's Human Services Agency and the non-profit Help a Mother Out, the San Francisco Diaper Bank has since distributed more than 3 million diapers. While free diapers are already available to families who participate in CalWORKs, a $2.5 million grant recently awarded to Help a Mother Out for diaper access programs in the Bay Area is allowing the San Francisco Diaper Bank to expand to now include families on CalFresh. As part of the new program, eligible CalWORKs or CalFresh families with children under 3 years old can obtain six packages of free diapers each month.

Officials at the City and County of San Francisco Human Services Agency said they were inspired to expand the diaper bank's program when they saw just how distressing covering the cost of diapers can be for some families. "We began to notice convenience stores in certain communities breaking down diaper boxes and marking them up for individual sale," Trent Rhorer, the executive director of the San Francisco Human Services Agency, said in a statement. "This is a real eye-opening example of people trying to manage the high cost of diaper packages. No one should profit from hard-working families trying to keep up with day-to-day expenses."

By making free diapers available to families in need, the county of San Francisco is hoping to help alleviate the burden of having to choose which necessity you pay for and which you do without. "Expanding the Diaper Bank frees up more money in household budgets to put food on the table, pay for housing, and other essentials," Rhorer said.

If you've never lived with a baby you may not realize just how many diapers they go through. In fact, Baby List estimates that newborns use roughly eight to 10 diapers a day in their first few months of life with their total diaper use averaging out to 2,200 diapers or more in the first year. At roughly $8 for a pack of 32, you can see how the cost of diapers can quickly add up. And, of course, diapers are only the beginning. Diapering also requires wipes, baby powder, rash ointment, and a safe, clean changing space.

"Choosing between a clean diaper for your baby and rent, food, or transportation is a choice no parent should have to make, yet it's a choice many in our community face daily," Lisa Truong, the founder and executive director of Help a Mother Out, said in a statement. "We believe diapers should be part of the social safety net, and the San Francisco Diaper Bank is an important step in that direction."