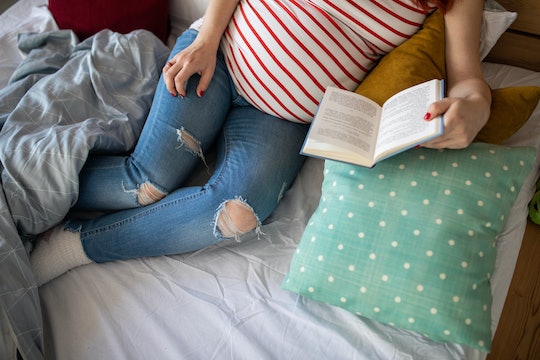 A groundbreaking new study published in The New England Journal of Medicine Wednesday could provide increased hope for women with polycystic ovarian syndrome who have had difficulty getting pregnant and must undergo in vitro fertilization in order to conceive. Reproductive endocrinologists in China have found that using frozen embryos may increase IVF success rates for women with PCOS, according to Health. The study looked at a sample of just over 1,500 women undergoing IVF for the first time. The results were statistically significant in the efficacy of using frozen versus fresh embryos, particularly regarding first-time IVF success rates.

It's important to remember that IVF success rates go beyond just getting a woman pregnant. The goal is that the woman delivers a healthy, live baby — and these are exactly the outcomes that lead researchers Dr. Richard Legro and Dr. Zi-Jiang Chen examined in their study. Lego and Chen found that 49.3 percent of women who used frozen embryos for their first IVF cycle delivered a live baby, compared to only 42 percent of participants who used fresh embryos for their first round of IVF. More significant still is that all participants had a PCOS diagnosis.

To understand why these findings are so significant, it helps to understand the basics of how IVF is performed.

A typical IVF cycle consists of four phases: stimulation, retrieval, fertilization, and transfer. A woman is given fertility medications to help stimulate the production of multiple ovarian follicles in her ovaries; each follicle contains a single egg. She also takes estrogen to help thicken the lining of her uterus. The woman then takes a different fertility drug — human chorionic gonadotropin — known as a "trigger shot" that induces ovulation.

During egg retrieval, her fertility doctor uses an ultrasound to guide a thin needle to retrieve each egg from each mature follicle. The egg is then combined with her partner's sperm sample and each fertilized egg is then allowed to mature in vitro into a three, four, or five-day old blastocysts. Not all fertilized eggs make it; typically eggs retrieved during IVF have about a 75 percent fertilization success rate.

Finally, it's embryo transfer day. The highest grade (read: best) blastocysts are then transferred back into the lining of the woman's uterus, with hopes at least one will implant and result in a positive pregnancy.

When a woman undergoes IVF as described above, she's used "fresh" embryos, and her cycle is typically dubbed a fresh cycle. Frozen embryo transfers (FET) differ from fresh cycles in that, instead of immediately proceeding to the transfer phase following fertilization, fertilized embryos are cryogenically frozen to be transferred at a later date. When transfer does occur, the embryos are thawed before being transferred into the woman's uterus. Frozen embryos typically have almost a 90 percent "thaw" survival rate with FET, meaning most frozen embryos will survive the thawing process.

What makes this study so significant for women with PCOS is that it can offer real hope for women with the disease who have tried IVF without success. PCOS affects 5 to 10 percent of all women of reproductive age, and wreaks havoc on a woman's endocrine system: Her ovaries can be covered in cysts, she can develop hirsutism, and gain weight because of increased insulin resistance.

As a result, women with PCOS often have difficulty conceiving naturally — PCOS inhibits ovulation — and turn to fertility treatments like IVF. Unfortunately, PCOS can cause complications during IVF, including poor response to stims, poor egg quality, and an increased risk for miscarriage. Speaking to HealthDay News, Legro noted that the findings could change the way some PCOS patients approach their IVF protocol with their doctors: "Perhaps elective embryo freezing followed by frozen embryo transfer is a preferential treatment for women with polycystic ovary syndrome."

Studies such as this are immensely important to the infertility community by further expanding the horizons of the reproductive medicine research landscape and this latest study on frozen embryo transfers could provide hope — and hopefully, successful results — for millions of women.