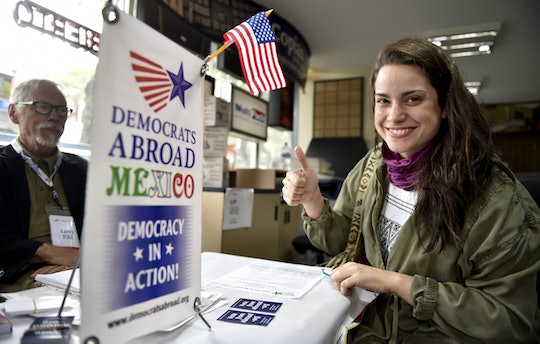 Ah, Super Tuesday! The day when billions of American's in 12 states — and one U.S. territory — come together to vote for the next president of the U.S. (Well, the next presidential nominee that is.) And, while caucuses and primaries are always important, due to its sheer size, Super Tuesday holds particular weight. But with great weight comes great responsibility, great controversy, and a whole lot of comedy. For example, some of the funniest election tweets occur on Super Tuesday. But before I digress (or, rather, indulge your humorous side) let's take a look at why Super Tuesday is so important.

More Like This
If Your Kid Can’t Get Enough Dinosaurs, They’ll Love These 20 Shows
Obama Said The Sweetest Thing About His “Friend” & Family Dog Bo
15 Of JAY-Z’s Best Quotes On Parenting
5 Sweet Gifts Meghan Markle & Prince Harry Have Given Each Other Over The Years

There are 661 Republican delegates and 865 Democratic delegates up for grabs this Super Tuesday, according to Politico. For Democrats, there are also an additional 150 unpledged delegates, called "superdelegates," in the Super Tuesday states, according to NPR. (However, these "superdelegrates" will not vote until the national convention this summer.) That means that, with the superdelegates, Super Tuesday represents 22 percent of all delegates. (Bet you didn't know that, did you?) However, it is important to note that since these elections are being held before March 15, no winner can "take all" of a state's delegate allocation, which means all Super Tuesday states will divide up their delegates between the candidates — though how remains unclear.

So what states actually held their elections on Super Tuesday? Alabama, Arkansas, Georgia, Massachusetts, Oklahoma, Tennessee, Texas, Vermont, and Virginia held dual party primaries. Caucuses were held in Colorado and Minnesota, and Republicans held caucuses in Alaska and Wyoming, while Democrats held their parties caucus in American Samoa, according to the CBS.

And while voters may have made their voices heard earlier Tuesday, Twitter users were just getting started Tuesday night. So, as promised, here the the funniest Super Tuesday tweets:

I'm not sure any of these Tweets "made a difference" — and I sure as hell don't think they will "make America great" — but they did make Super Tuesday entertaining and palatable. And they helped me laugh when, at times, I wanted to cry. (Nah. Who am I kidding? I still want to cry.)