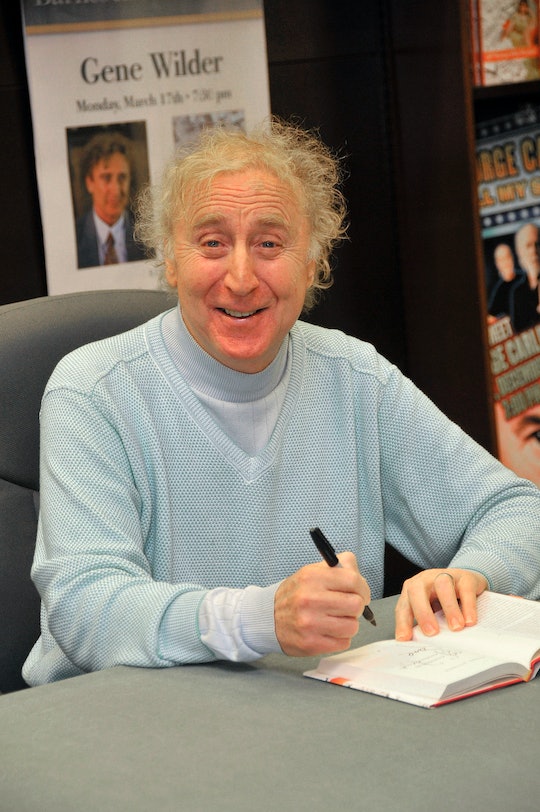 On Monday, the comedy world lost one of its luminaries when Gene Wilder passed away at the age of 83. Scores of people are heartbroken at his death, but surely Wilder, who devoted himself to making others laugh, would want people to remember him for the joy and hilarity he brought to their lives. So, to celebrate him, here are funny memes to remember Gene Wilder by.

The actor responsible for Willy Wonka, Dr. Frederick Frankenstein (pronounced "Frankensteen"), and many other iconic characters gave the world a goofy, neurotic magic that no one will ever be able to match. With his madcap blue eyes and his reliable charm, he could cause audiences to roll with laughter one minute, and the next, play the straight man to the hilt so that his costars could shine. Generations of children were introduced to him as the chocolate factory owner of their dreams (and, given how dark parts of Willy Wonka got, maybe their nightmares too), before growing into his bawdier roles like the sheep-loving doctor in Everything You Always Wanted to Know About Sex* (*But Were Afraid to Ask).

On social media, many were quick to post clips and pictures of their favorite Wilder performances, showing that a funny Gene Wilder meme needed no extra text or set-up, just his elastic face.

And what would a good celebration of Wilder be without re-watching "Puttin' On The Ritz" from Young Frankenstein, in which Wilder's doctor shows off his undead creation to the world in a classy song and dance number?

Wilder co-wrote that movie with Mel Brooks, and conceived the dance scene, insisting they try it out despite Brooks' objections. Now, it's one of the most famous comedic scenes in movie history.

Similarly, when Willy Wonka and the Chocolate Factory director Mel Stuart asked Wilder to play the titular character, Wilder agreed to it under one condition. According to Letters of Note, he said,

When I make my first entrance. I’d like to come out of the door carrying a cane and then walk toward the crowd with a limp. After the crowd sees Willy Wonka is a cripple, they all whisper to themselves and then become deathly quiet. As I walk toward them, my cane sinks into one of the cobblestones I’m walking on and stands straight up, by itself; but I keep on walking, until I realize that I no longer have my cane. I start to fall forward, and just before I hit the ground, I do a beautiful forward somersault and bounce back up, to great applause.

Wilder wanted this because, he said, "From that time on, no one will know if I'm lying or telling the truth."

Okay, perhaps there are some tears mixing in with the laughter.

RIP, Gene Wilder. Your spirit will be sorely missed.