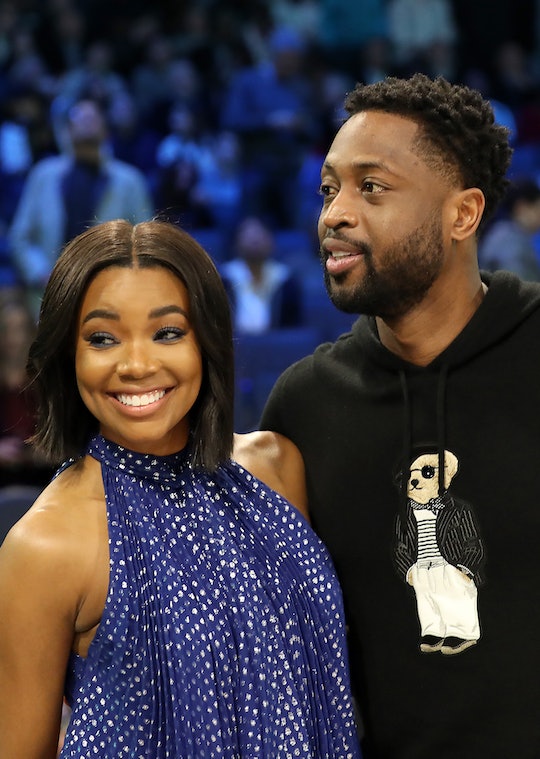 Major-league athletics is at least making progress since a couple years ago, when accusations of racism and homophobia were rampant among top-tier teams in a number of categories. In a sign that things are heading in the right direction, albeit slowly, now comes news that a movie star and her basketball star spouse are advocating for their child, and Gabrielle Union & Dwyane Wade supporting their son at a Gay Pride parade is what family's all about.

As NBC News reported, Union and stepson Zion, 11, made a high-profile appearance at Sunday's LGBTQ pride festival in Miami (where Union's Instagram indicates they are based at least during basketball season, while Wade plays for the Miami Heat).

Zion and Union appeared on a float during the festivities and also posed for a photo with extended family that included Zion's big brother, Zaire, 17, and baby Kaavia, Union's little one with Wade, as NBC News noted. (Us Weekly noted Union has a third stepson, Xavier, 5.)

Zaire Wade also shared his public support on the Instagram chain, writing: “Love you lil bro no matter what," as NBC reported. Wade himself, though he could not attend because of a game out of town, made sure to post his support via social media, the news channel noted.

"Zion had his... cheering section today. Wish i was there to see you smile kid!" the basketball star wrote on his Instagram Stories, adding a rainbow flag emoji next to his message.

Support for the blended family soon turned up on Twitter: "Dwayne Wade and Gabby Union supporting young Zion at Miami Pride is so beautiful, I could cry," one user noted. "I can’t imagine having had this type of support as a kid (or even young adult). Amazing example of living in and showing unconditional love."

As PopSugar noted, Zion has made no public comment about his life path or sexual orientation, which is absolutely fine. But the support for him in the long run speaks volumes, I think, about the Wade family's commitment to raising a modern family.

Fatherhood has always been extremely important to Wade: E! News reported in 2013 that the star athlete has primary custody of Zaire and Zion, his sons from his marriage prior to Union-Wade.

As for Wade and Union, the couple started dating in 2009 and tied the knot in Miami in 2014, according to another PopSugar article. People magazine reported that Wade is so in love with his wife that at one point, he wrote her poems that were so good, she thought he hired a ghostwriter!

The couple, who welcomed their first child — Kaavia James Union-Wade — on Nov. 7, 2018 via surrogate, as Us Weekly reported, has weathered some storms, from Wade's admission he fathered a child with another woman, as E! News noted, to Union's infertility struggles, as Us Weekly documented.

Wade also seems to have become more politically active in recent years, publicizing his support of causes such as Black Lives Matter, as Variety and Bleacher Report noted, and normalizing paternity leave, which he took after the baby's birth.

Going through difficult times can help a family clarify what's important, and it seems like this duo has its priorities down after a good deal of life experience. It's heartwarming to see them back up their kids no matter what, and spread a much-needed message of love.