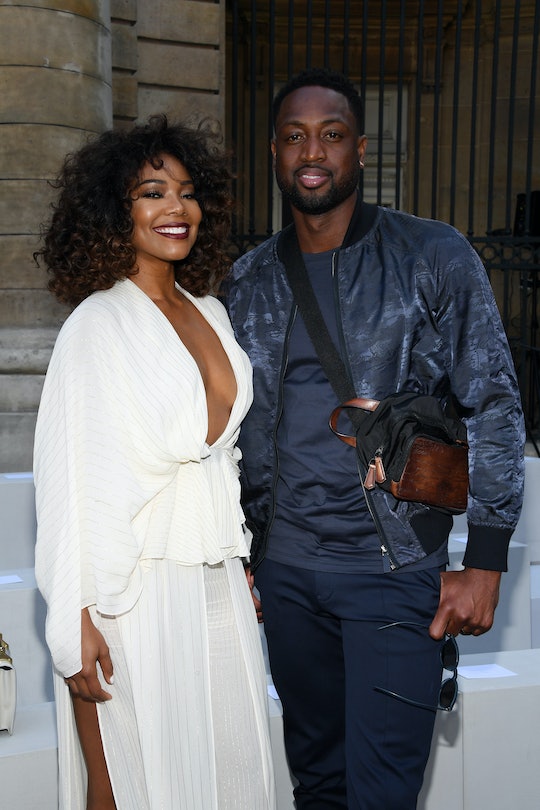 Get Excited, Because Gabrielle Union & Dwyane Wade Will Star In A New HGTV Special

Flipping a house is not easy work. But a beloved celebrity couple is about to take on the challenge and bring all that drama on camera with Gabrielle Union and Dwayne Wade’s new HGTV special, All-Star Flip, and it sounds really exciting. The uber-talented couple — she’s an actress, producer, and author of a memoir, he’s an NBA star — will take on the challenge of a full-scale renovation for charity, with the proceeds of the sale going to a nonprofit of their choice, according to E! News.

Union and Wade will work to update a single-story ranch house in a burgeoning Miami neighborhood into a modern, comfortable living space. They’ll even add on as second-story master suite which will increase the value with added square footage, according to E! News. According to the news outlet, Union caught the renovation bug after the couple worked to remodel their own home. "Ever since we renovated our house a few years ago, I’ve been a little real-estate obsessed. It took a while but I finally convinced Dwyane that we should try flipping a house," Union said in a statement, according to Realscreen.

Home remodeling is known to test even the strongest of marriages and no amount of celebrity status will protect against that. But Wade previously told Entertainment Tonight in a February interview that the couple has a lot of practice at the one thing that’s perhaps most needed to make both marriage and home renovation work: communication. The couple has also had plenty of practice not only in marriage, but also raising kids together. According to People, Wade's two sons from a previous marriage, 10 and 15 years old, and his 16-year-old nephew live with them.

Talking about his transition from basketball into Hollywood — he recently produced a documentary called Shot in the Dark, according to Billboard — he told Entertainment Tonight:

I always ask my wife for advice. I’m not that guy who feels like he knows everything. Especially whenever I’m entering this world where my wife has been so successful for so many years, I’m always asking about any projects that come my way, anything I should look for and there’s things that me and her want to do together, and I gotta get my feet wet first before I jump into doing that with her, but definitely. I always depend on her to give me the advice of someone who’s been in the business for so so long.

No doubt that mindset will come in handy as Union and Wade work through this challenge together. There is also the added benefit of knowing they're doing it for a great cause. "And we’re doing it to raise money for charity, so how could I say no," Wade told E! News.

Union has long been a leader in battling both racism and sexual assault. She told the story about her own assault when she was 19 years old in her memoirWe're Going to Need More Wine: Stories That Are Funny, Complicated, and True, according to Glamour. She previously told Harper’s Bazaar that while she believes activism is important, it’s also draining. “When do you stand up and point out every micro-aggression, and when do you stand down so you’re no the angry black person all the time? It’s tiring. It feels like another job you’re not getting paid for – that is all encompassing.” Hopefully this TV special and the renovation will be a fun, invigorating way for her to support the causes she champions.

The show has been in development for a while now, according to Deadline. It was first announced by HGTV as an addition to its 2016 schedule. The network is well-known as the destination for fans of home renovations with more than 50 shows, including Property Brothers at Home, Brother vs. Brother, Flip or Flop, Love It or List It, American Rehab, Beach Flip, Big Easy Reno, and American’s Most Desperate Kitchen. While many of these hosts have become celebrities in their own right, the network will be glad to bring in Union and Wade’s ready-made fan base since one of their most popular and beloved series with Chip and Joanna Gaines, Fixer Upper, just ended its run.

All-Star Flip is scheduled as a one-off special on Thursday, April 12 at 9:30 p.m. ET/PT on HGTV and who knows, if it’s a success fans may get to see more celebrity couples take on the flip challenge!