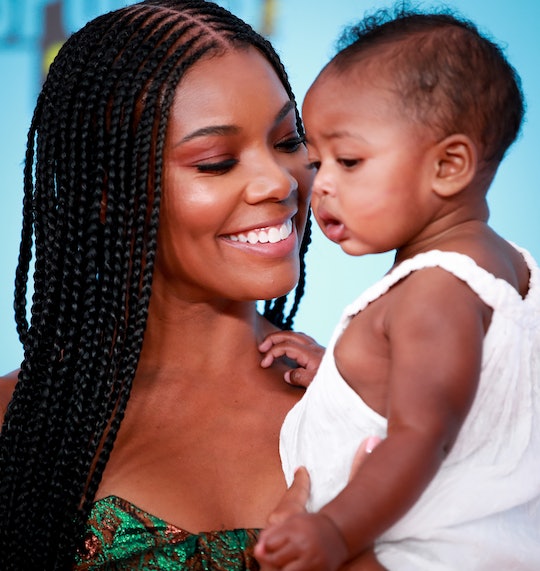 If there's one baby who could perfectly sum up what this year has been like thus far with her facial expressions alone, that would be Gabrielle Union's daughter Kaavia, who absolutely nailed the #2020Challenge.

On Monday, Union hopped on the #2020Challenge trend, which was popularized by Reese Witherspoon in early August to encapsulate everyone's feelings about the chaos that is 2020. To take part in it, you simply post a grid of photos capturing your mood for every month of 2020 so far. January photos are typically full of joy and hope, but things gradually go down hill from there. By April and May, people are fed up and by August everyone is just defeated.

Like most of us felt, Union and Dwyane Wade's 1-year-old daughter Kaavia was all smiles throughout January and February. But once March came around and the World Health Organization officially declared the COVID-19 outbreak a pandemic, resulting in businesses and schools across the nation closing, Kaavia is in a whole different mood. In April, as states started imposing stay-at-home or shelter in place orders, the tot is in shock. She's slightly angry in May and just completely over it in June. By August, little Kaavia looks like every adult just trying to get through the day.

From January to September, Kaavia's expressions perfectly encapsulate the confusion and frustrations 2020 has brought us so far. That's no surprise, though, as Union has previously said her daughter has a knack for expressing herself. During an appearance on The Ellen Show in May, she acknowledged Kaavia's talent. "She's pure comedy but absolutely dead serious," Union told Ellen DeGeneres "She's just stone-faced. She is unbothered and unimpressed at all times."

Who knows what this October, November, and December will bring, but knowing Kaavia, who's been blessed with the nickname "Shady Baby," she'll be able to sum it up in one photo.