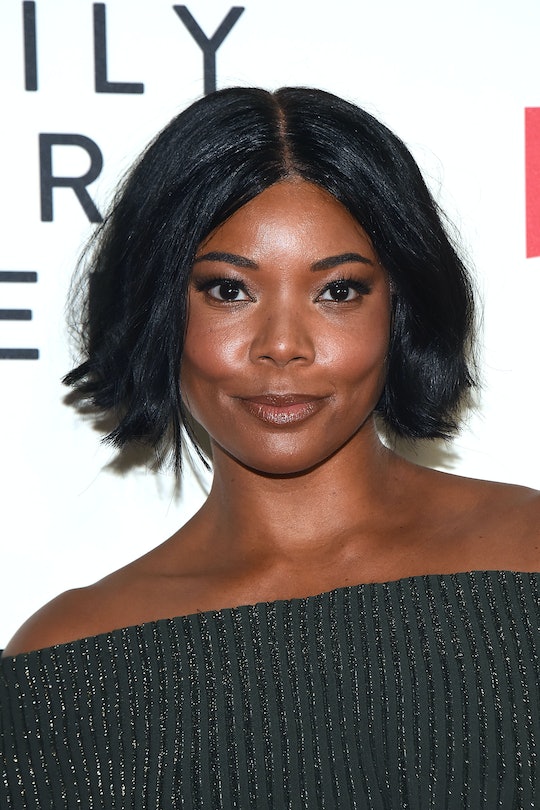 From the time we're young, ideas about motherhood — when, with whom, and how we're going to achieve it — tend to get cohered into our minds. We gather what parenthood is "supposed" to be like from movies, from culture, from our own parents. But building a family is not a linear, nor universal process. And Gabrielle Union's message about choosing surrogacy is a poignant reminder not only for moms, but everyone.

Union had been transparent about her fertility journey for years, for instance, telling Essence that last year, after having suffering "8 or 9" miscarriages and multiple failed rounds of IVF, she was diagnosed with Adenomyosis, a disorder wherein the uterine lining actually grows into muscle tissue, changing the size and shape of the uterus each month, as well as creating heavy bleeding, according to the Mayo Clinic.

“The gag is I had it in my early 20s, and instead of someone diagnosing me they were like ‘Oh you have periods that last 9 or 10 days and you’re bleeding through overnight pads? Not a mere inconvenience perhaps there’s something more there,’" she told Essence at the time.

That's when Union realized it might be time to consider other options. After her last failed round of IVF — and with only three embryos left, according to Refinery29 — she decided it was time to consider a surrogate (technically, a gestational carrier, given that the embryo was made of her and her husband's DNA).

In a recent interview with Women's Health, Union opened up about what that experience was like, and how it shattered her perceptions of motherhood being this easy, straightforward thing.

"There’s nothing more that I wanted than to cook my own baby," she joked in the Women's Health interview, adding a more serious note: "The idea of it felt like surrendering to failure.

She went on to tell the magazine that part of the struggle is that people want to hear about your "normal" pregnancy, something she didn't have to offer. "People want to see the bump, hear that you got hemorrhoids — they want to know you’re like them. I was like, ‘This is going to seem like the most Hollywood sh*t ever. Will I be embraced as a mom?’ It’s terrifying," she toldWomen's Health.

Though her journey was unexpected, when her daughter was born, she was happy to have gone through it. According to Page Six, Union actually shared a video of her daughter being born. "Every family is unique," she wrote at the time. “How each family is created and comes together is special. Kaavia James Union Wade’s journey into our arms was long and at times brutal.”

She added in the video, "there were heartbreaks that nearly broke us and streams of tears that turned into raging rivers," but that ultimately, the couple was "so grateful, so thankful for the gift they’ve given us."

Ultimately, it's great to see that Union had a happy ending, and it's an important reminder that sometimes, we need to let go of the ideas we've held about how motherhood may happen, and instead, focus on what's really important, which is that building your family how and when you want is all that truly matters at the end of the day.