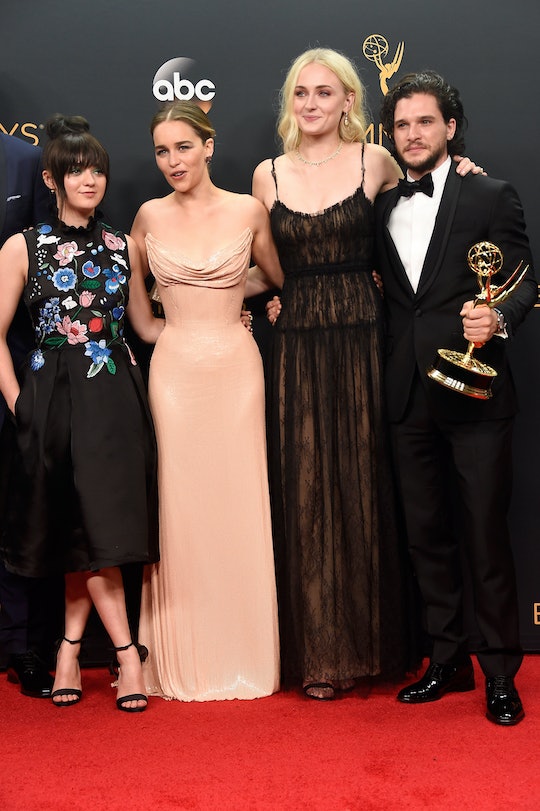 These Are The Top ‘Game of Thrones’ Baby Names

Here I thought I was a fan. With one of the most prestigious TV shows taking its final bow on the small screen, many junkies of the series based on the George R.R. Martin fantasy novels are anticipating a hole in their lives without the weekly adventures of Daenarys, Cersei, Tyrion, Sansa, Jon Snow and the rest of the inhabitants of the Seven Kingdoms. I guess some figure you don't really have to say goodbye to the show's heightened reality if you just had a Lannister or a Stark in your house, right? Game Of Thrones baby names are more popular than you'd expect, so get prepared for little Aryas & Tyrions in your kid's preschool.

As NBC News reported, last week's reports of what baby names people chose in 2018, as per new numbers from the U.S. Social Security Administration, show your usual suspects. You know 'em, especially if you already have kids in any daycare or school: Noah, Liam, Lucas, Ava, Olivia and Isabella (not to mention the requisite Harper and Mason in every class).

But a tiny, noticeable subgroup has crept its way into the list: GOT-inspired monikers, as NBC noted. Yes. The SSA data, in fact, including, as website Fatherly noted, a surprising number of Aryas.

As the government crunched the numbers, there were 549 Khaleesis reported born in 2017, which climbed to 631 in 2018. (Hey, it's better than "Breaker of Chains," right? And a kid could always trim that to "Khalee," with the "H" silent, if she wanted to just fit in.)

As Cafe Mom reported, one mom drew so much strength from the show that after carrying twins but having only one survive, the only name that made sense for her child was the Mother of Dragons' nickname, Khaleesi.

The name which means "Queen" in Dothraki, the language of her dead husband's tribe.

We haven't even talked about other names that have entered the list: 434 Yaras were born in the U.S. last year, not to mention 319, Lyannas; 33 Briennes; 15 Ramsays; 14 Theons and 8 Brans, according to NBC. All interesting choices considering the Game of Thrones cast members who bear these titles and what heck they've gone through.

You do wonder whether the 2,545 babies born last year dubbed Arya had parents who truly considered that Arya Stark, the character, maintains a list of those she has vowed to spend her life hunting down to kill with her famous sword.

And what of the 11 girls named Cersei in 2017 and five in 2018, as reported by the San Jose Mercury News? I mean, it's a cool name, but it's inspired by perhaps one of the most evil characters of all time, the head of House Lannister, who lies, murders and has a thing with her brother.

It's just a good thing my youngest, Grace, has started elementary already. Otherwise, how would she keep up with Nymeria, Olenna or Ghita on the playground?