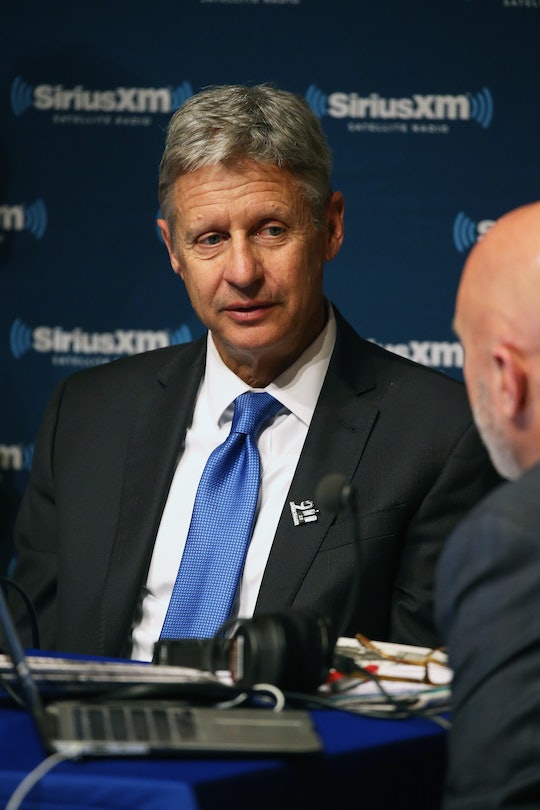 The debate on Sept. 26 will feature only two candidates. Gary Johnson and Jill Stein didn't make the cut for the first presidential debate due to low poll numbers, according to Politico. Despite speculation that the Libertian Party candidate and Green Party candidate could be given special dispensation to participate given the recent momentum building behind their campaigns, the Commission on Presidential Debates formally announced their decision on Friday. Libertarian vice-presidential candidate Bill Weld and Green Party vice-presidential candidate Ajamu Baraka are also ineligible to participate in the October 4 vice presidential debate.

Though pundits did not foresee a surprise election victory for Libertarian Johnson or the Green Party's Stein, each candidate made recent campaign gains that seemed to put debate participation within reach. Both are "constitutionally eligible," Politico reported, and they're on the ballot in enough states to make it possible to secure an Electoral College majority. The commission announced that they predicated their decision to exclude the candidates from the first debate on an unmet third criterion for eligibility:

[T]he Board determined that the polling averages called for in the third criterion are as follows: Hillary Clinton (43%), Donald Trump (40.4%), Gary Johnson (8.4%) and Jill Stein (3.2%). Accordingly, Hillary Clinton and her running mate, Tim Kaine, and Donald Trump and his running mate, Mike Pence, qualify to participate in the September 26 presidential debate and the October 4 vice-presidential debate, respectively. No other candidates satisfied the criteria for inclusion in the September 26 and October 4 debates.

For Johnson and Stein supporters, there is good news: The commission agreed to reevaluate both candidates prior to the next two presidential debates, according to Politico. If they can meet all three eligibility criteria in time, they may be able to secure the spotlight. They'll need to earn votes quickly: According to USA Today, the second presidential debate is scheduled for Sunday, Oct. 9 at Washington University in St. Louis. The Missouri town meeting incorporates audience questions. The third debate on Wednesday, Oct. 19 at the University of Nevada, Las Vegas returns to the format of the first. CNN's Anderson Cooper and Fox News' Chris Wallace will moderate the second and third debates, respectively.

Though Johnson and Stein will likely mourn the opportunity to be in the first debate, it's not too late to earn debate participation down the line.