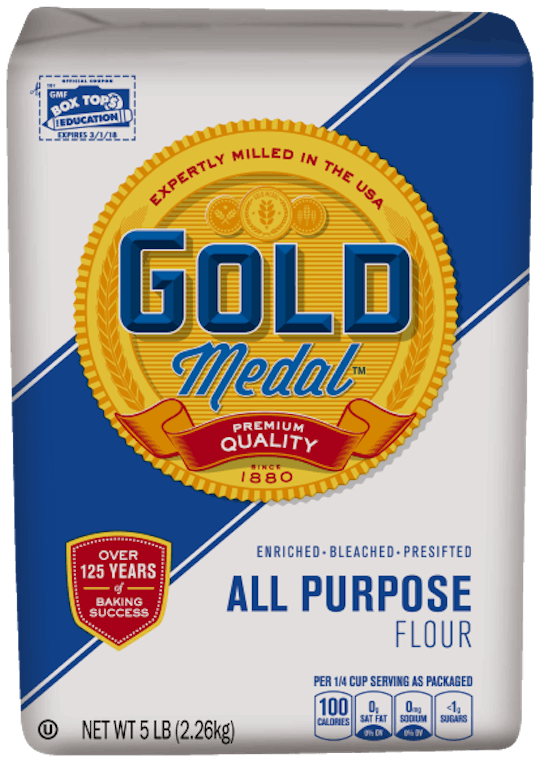 General Mills Recalls Flour & All Moms Should Check Their Cupboards, Just In Case

Before dusting off those old cookbooks to make a batch of grandma's perfect chocolate chip cookies, moms this week might need to check their cupboards carefully, because a pantry staple has been added to the long list of recently recalled items. On Tuesday, General Mills recalled 10 million pounds of flour because of a possible link to an outbreak of E. coli. The voluntary recall is part of a larger E. coli investigation that sickened dozens of people across the country.

Certain strains of the E. coli bacteria can cause serious health issues and even death in the worst cases. While no illnesses have been directly related to this recall, it’s probably a good idea to double check the pantry anyway, because there is still a possibility that the recalled flour could be hiding in your cupboard.

“Out of an abundance of caution, a voluntary recall is being made,” the company announced in a press release issued on Tuesday. “To date, E. Coli O121 has not been found in any General Mills flour products or in the flour manufacturing facility, and the company has not been contacted directly by any consumer reporting confirmed illnesses related to these products.”

The recall includes General Mills’ Gold Medal, Wondra, and Signature Kitchen flours. If you have any of the products in your cabinet now, you should throw the flour away and you can contact the company for reimbursement and further information. You can see a full list of products included in the recall here (including UPC codes and use by dates).

This particular strain of E. coli — E. coli O121 — can potentially cause life threatening health complications. According to the Centers for Disease and Control (CDC), most people recover within a week, but in more severe cases the illness can result in a type of kidney failure called hemolytic uremic syndrome (HUS). HUS can occur in anyone, but children under 5 years old, the elderly, and those with weakened immune systems are more prone to this complication.

If you believe your child may have consumed flour included in the recall, look out for symptoms of HUS, which can include fever, abdominal pain, diarrhea, pale skin tone, fatigue, and irritability. You should also keep an eye out for small and unexplained bruises or bleeding from the nose or mouth and decreased urination are also HUS symptoms to watch out for. The CDC has advised people to seek medical care immediately if they or their child experience these symptoms, since the infection can usually be diagnosed by testing a stool sample.

Federal and state authorities are looking into 38 cases of illnesses across 20 states related to E. coli O121 that were reported between Dec. 21, 2015 and May 3, 2016. While tracking down the cause of these illness, the CDC found that about half of the patients reported making something homemade with flour at some point before feeling ill, and some said they used General Mills brand.

“As a leading provider of flour for 150 years, we felt it was important to not only recall the product and replace it for consumers if there was any doubt, but also take this opportunity to remind our consumers how to safely handle flour,” Liz Nordlie, president of General Mills baking division, said in a press release.

Also important to remember: Dough and batter should never be eaten raw. There is a risk of bacteria in flour and it comes from milling wheat, which is grown outdoors. Baking, frying, and boiling eliminate that risk. Washing your hands, work surfaces, and utensils can also reduce the risk of contamination.

As General Mills is working quickly to remove affected products from shelves, you should also do a sweep of your pantry staples and throw away anything that you suspect may be harmful. Of course, recalls can be frightening, but it makes it a little less alarming that General Mills acted quickly to prevent anything too serious from happening.