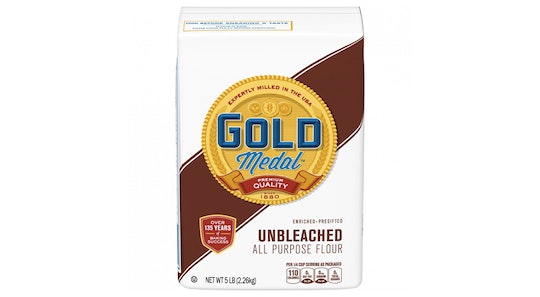 Photo Courtesy Of The U.S. Food and Drug Administration

General Mills Recalls Some Bags Of Its Gold Medal Flour Due To E. Coli Risk

Better hold off on making those cookies, folks. That's because General Mills has recalled its Gold Medal flour due to possible E. coli contamination. Considering this is a popular brand of flour, it's reasonable parents have questions about this recall. And with that being said, here's what you need to know about General Mills' announcement.

The potential E. coli contamination was discovered through a routine quality control sampling, according to General Mills announcement on the matter.

"The recall is being issued for the potential presence of E. coli O26 which was discovered during sampling of the five-pound bag product," General Mills said Tuesday in a statement to Romper via email. "This recall is being issued out of an abundance of care as General Mills has not received any direct consumer reports of confirmed illnesses related to this product." 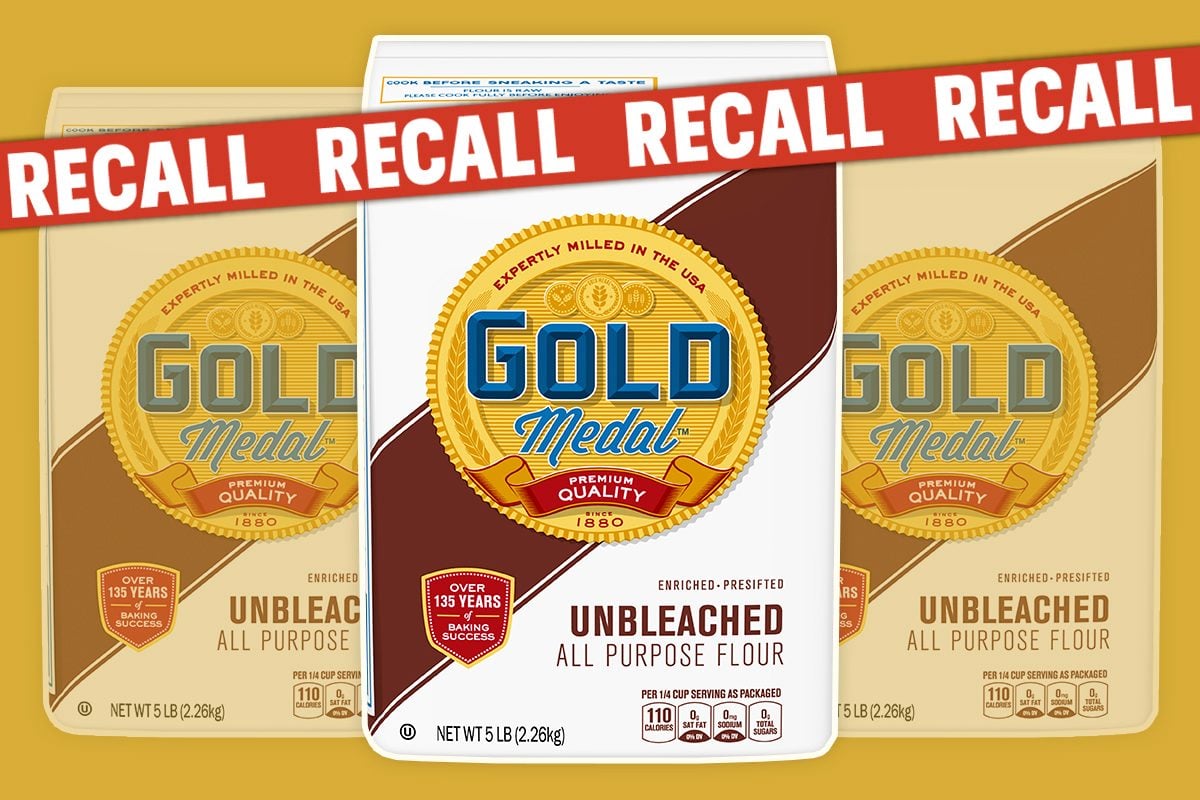 The company also noted all other Gold Medal Flour types are not affected by this recall. So far, there have been no reports of illness as a result of the potential contamination.

Consumers are advised to check their pantries and dispose of any bags of unbleached flour affected by this recall. And anyone concerned about illness should contact their physician or a trusted medical professional. If you are diagnosed by a physician as having an illness related to E. coli O26, the Center for Disease Control asks that you contact state and local public health authorities.

Although most forms of E. coli are harmless, some can be very dangerous. E. coli, like the one found in this recalled flour, is an intestinal bacteria that can wreak havoc on a persons intestinal system, according to the Mayo Clinic. People are usually exposed to E.Coli through contaminated food or water, and symptoms start to show about three to four days after exposure. Symptoms include high fever, vomiting, bloody diarrhea, and severe abdominal cramps, according to WebMD.

Healthy adults usually recover in about a week, but children and elderly could be at risk for secondary infections like kidney failure, seizures, and internal bleeding, according to the Centers for Disease Control (CDC).

To keep harmful bacteria at bay, the FDA recommends washing hands and surfaces thoroughly after cooking. They also urge consumers to refrain from eating raw foods containing flour, as E. coli can be killed by heat through baking, frying, sautéing or boiling products made with flour.

Interestingly enough, General Mills' recall is the latest in a series of flour recalls this year. In June 2019, Pillsbury is recalled an estimated 4,620 cases of bread flour due to potential E.Coli contamination, according to NBC News. And about 14,000 cases of King Arthur Flour were also recalled that same month, according to CNN.

Consumers with questions about the recall should call the General Mills Consumer Relations hotline at 1-800-230-8103 or visit the company's website. And if you still have concerns about this recall, don't hesitate to reach out to your doctor.