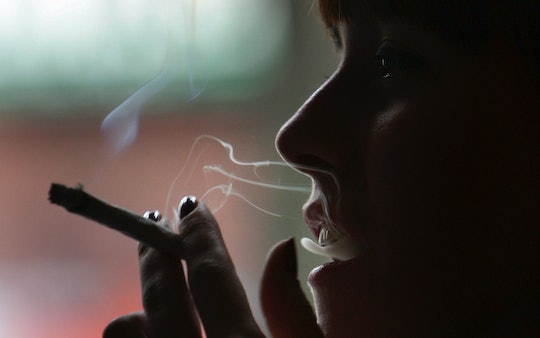 Researchers at the University of California San Fransisco are trying to better understand childhood cancers, particularly acute lymphoblastic leukemia, or ALL. ALL is the most common childhood cancer, and predominantly occurs in children under the age of 5. Understanding why children get cancer is essential not just to treating it, but perhaps even in preventing it. Researchers have found that gene deletion related to childhood cancer is linked to parents' smoking. It's the first study to link smoking to specific genetic changes in cancerous tumor cells.

The American Cancer Society estimates that, of children who are diagnosed with leukemia, 3 out of 4 will have ALL. Even though it's the most common form, researchers and physicians still don't know a lot about the development and progression of childhood cancers. As science has become better able to study how genetics influence health throughout the lifespan, studies have revealed that specific genes can be linked to disease risk, including various cancers. That being said, genes are influenced by other factors, like environment, and it is the collusion of many factors that determine whether or a person will develop a disease, according to the American Cancer Society. For researchers at UCSF, looking at what environmental factors influenced genes leading to the development of ALL in a group of children revealed some answers — and plenty more questions.

The research team at UCSF examined tumor samples from 559 ALL patients. They were looking to see if any of the eight genes that are often found to be deleted in patients with ALL were, in fact, missing in the samples. They also gave questionnaires to the child's parents, which asked them a series of questions about their smoking habits. Two-thirds of the samples had at least one of the genetic deletions the researchers were looking for. When they looked at the corresponding questionnaires, they realized that the genetic deletions were especially common in children whose mothers had smoked during their pregnancy and when the child was an infant. If a mother breastfed, the rate of deletions was even higher: for every five cigarettes she smoked while breastfeeding, the rate of genetic deletions increased 74 percent. Curiously, the study found that male children seemed to be more likely to be affected by mom's smoking habits during pregnancy. Researchers hypothesized that could be because male fetuses tend to grow faster, and therefore might be more vulnerable to smoking's genetic effects.

It wasn't just mom's smoking habits that contributed to those genetic deletions, either: if either parent smoked heavily prior to conception, their child had a 7 to 8 percent higher number of deletions — especially in children the age of 6. The study's author, Adam de Smith, explained:

Our results suggest that paternal pre-conception smoking, which is known to cause oxidative damage to sperm DNA, may lead to a higher propensity of deletions in children with earlier-onset ALL. It is also true that some of those fathers who smoked before conception also continue to smoke in the presence of the mother and child, so more research is needed to explain the mechanism of smoking-related damage in all of the time periods of exposure to the child.

The researchers do point out, however, that there are several limitations to the study and the answers they gleaned from it: first and foremost, they relied on parents to accurately report their smoking habits. The information that researchers were able to get from the study also doesn't tell them at what point the genetic deletions occurred in relation to when a child ultimately developed leukemia. That may be a a subsequent goal of further study, which would give researchers additional insight.

Still, the study joins a fairly large body of research that indicates smoking has deleterious effects on human health. Some of those effects aren't even visible and don't occur in the body of the smoker, but rather, in those around them.