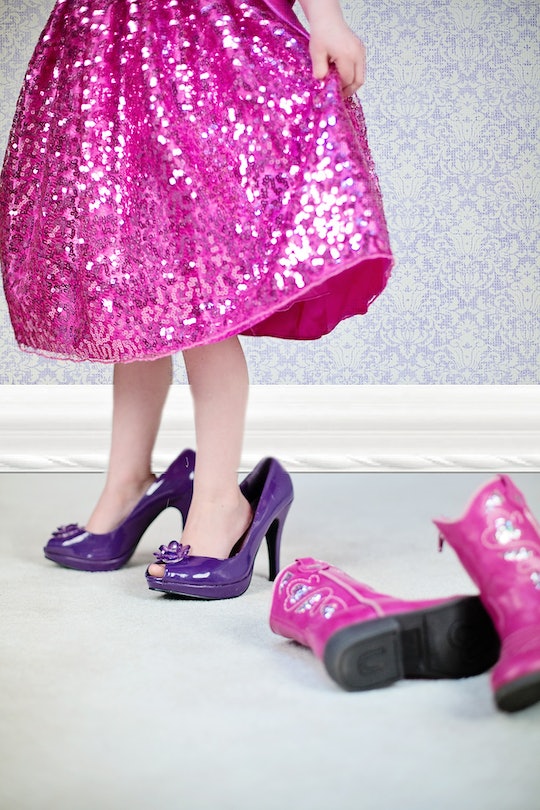 Girls’ Body Confidence Is On A 5-Year Decline, According To New Study, & They Need Support

According to the annual Girls’ Attitudes Survey conducted by Girlguiding (the British analog to the United States' Girl Scouts), girls' body confidence is on a five-year decline, The Guardian has reported. While the 2011 survey found that 27 percent of girls ages 7 to 21 were unhappy with the way they looked, that number has jumped up to 39 percent in 2016. Tragically, those attitudes are starting very early on; when asked how often they feel ashamed or embarrassed of the way they look, 15 percent of respondents ages 7 to 10 answered "Most of the time or often," and an additional 25 percent answered "Sometimes."

It seems the cause of this insecurity isn't lost on these girls, either; 36 percent of girls ages 7 to 10 agreed that "People make girls think that how they look is the most important thing about them," and among those 11 to 21 years old, that figure jumps to 53 percent. When presented with the statement "Women are judged more on their appearance than on their ability," 35 percent of girls ages 7 to 10, and 75 percent of those 11 to 21, agreed. When asked how women and girls' lives can be improved, the number one answer among those ages 7 to 10, at 54 percent, was "Stop judging girls and women on what they look like."

A full 25 percent of Girlguides ages 7 to 10 reported that they'd already been criticized about their bodies, and that doesn't bode well. According to a recent Cornell study, women whose parents commented on their weight growing up were more likely to be overweight as adults, and more likely be dissatisfied with their weight, regardless of whether they were at a healthy weight. Judging a girl on her looks during her formative years could lead to a lifetime of her judging herself the same way.

According to the survey, 38 percent of girls 7 to 10 reported feeling "not pretty enough" some or most of the time, and that number rose to an astonishing 91 percent among the 17 to 21 age bracket. The majority of girls, regardless of age, admitted that they felt they had to be "perfect," and fear of criticism kept many from doing everyday activities like playing sports, having their picture taken, or socializing with friends. And it's not just criticism that has an impact, even if a girl is told that she's pretty every day, she's still getting the message that her looks are her most important attribute. Better to focus on a girl's accomplishments (you know, like we do with boys already), and stop setting them up for a lifetime of self-doubt. A little girl in elementary school shouldn't even be giving her body a second thought; it's time adults stop telling them that they should.