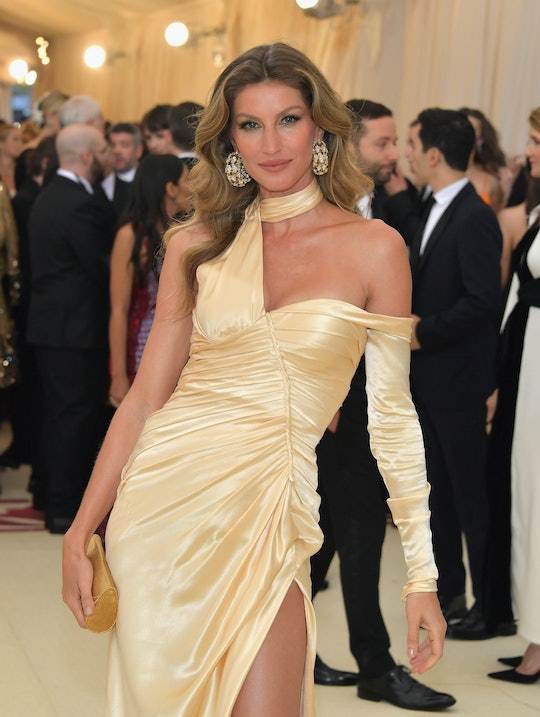 This Just In — Gisele Bundchen & Faith Hill Are Totally Twins

It was deep in the fourth quarter of Super Bowl LIII when somebody finally scored a touchdown — the Patriots. That's also when fans caught their first glimpse of Gisele Bündchen, who is married to legendary Patriots quarterback Tom Brady. But because fans know how to focus on the really important things, somebody on Twitter pointed out that Gisele Bündchen and Faith Hill look eerily similar and now I cannot unsee it. And I'm guessing neither can you.

Look, everyone has always known that both women were blessed with cheekbones that could cut glass, an enigmatically seductive glint in their eyes, and perfect beachy hair that always looks like it was tousled by hand by a team of angels. But as time goes on, something freaky has started happening. Both women seem to be looking more and more like... each other. But don't worry. Twitter is on the case and whatever Twilight Zone-y shenanigans are going on here are sure to be uncovered sooner or later. Maybe they're replicants of one another? Maybe it was just a trick of the light and I haven't gotten enough sleep lately. Who knows. But what cannot be denied is this uncanny resemblance. I mean look at them.

This Twitter-sleuth used a pic from last year's Super Bowl to make the same point:

And more chimed in...

Ok, ok, I know I'm coming off as a little conspiracy-theory-esque right now. Let me help you out. I can prove that something fishy is happening right here — I cannot actually prove anything, obviously — but just let me show you something. This is a boomerang that country music legend Faith Hill posted of herself on her Instagram.

Adorable! Ok now, look at this selfie Gisele Bündchen posted on her Instagram.

Do you guys see it? You see this right? Come on now, I cannot be the only person who sees this. Bündchen and Hill are secretly the same person and I, as a responsible journalist, am here to blow this whole thing wide open, OK? OK.

I know what you're going to say now. You're going to say that Faith Hill and Gisele Bündchen were born decades apart and in entirely different countries. Hill was born in Mississippi in 1967. Bündchen was born in Brazil in 1980. Look, I didn't say this wasn't complicated, OK? I don't know how aliens work. I don't know how two entirely different women who quite possibly have never even met each other have morphed into the same person. All I can do is report the facts as I seem them. And I am seeing double right now.

Now, if you were wondering who caught what ball at the Super Bowl and why Bündchen was excited and who won — all of that is stuff that I honestly am not too sure about. But I think we all know what the real story is here. It's not my fault I am the only person paying attention to this very important issue. But if anybody has any thoughts or theories, I would definitely welcome them. Together, I think we can bust this wide open.