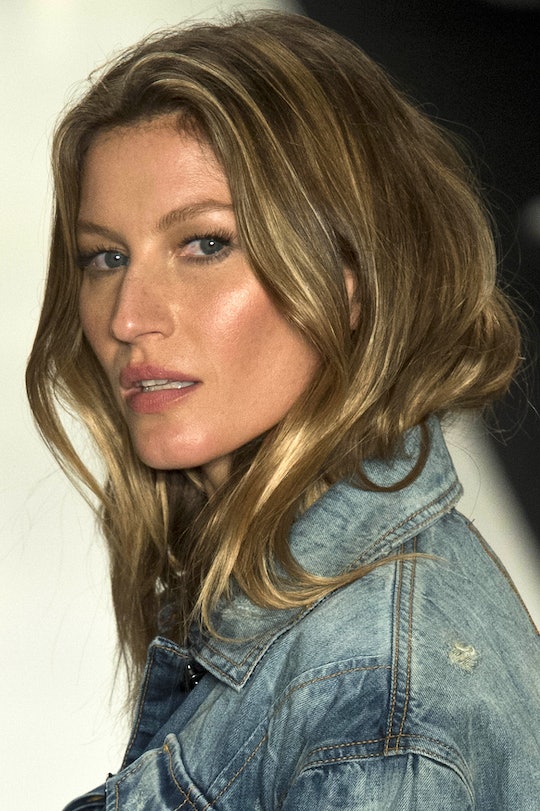 The grass always looks greener on the other side. Like, Gisele Bündchen and Tom Brady seem to be just perfect if you only know them through magazines. But today on CBS This Morning Giselse said she once thought about divorcing Brady and that they’ve other rough moments, too. So even being the highest paid model in the world doesn’t mean your life is easy. Not that it makes anyone happy to hear that the prettiest couple on the planet had their share of hard times. Gisele told Charlie Rose that when she found out that Brady’s ex-girlfriend, Bridget Moynahan, was pregnant, she wanted to hit the road. Remember? Moynahan announced her pregnancy very early on into Bündchen and Brady’s courtship. The model said that:

It was a challenging thing because here I am thinking I'm dating this guy and we met and everything's great. And then this happens. I felt I didn't know what to do. It was kind of one of those moments of like, do I just run away? And I think now, eight years later, I couldn't have asked for a sweeter bonus child.

Yea, that could definitely be a shocker. Who doesn’t have those moments when they want to run? But it turned out to be a good thing, with a "bonus" stepchild, too.

Gisele also talked about some other struggles in her marriage, like having to stand by Brady during Deflategate. She told Rose that:

My father always says the quality of your life depends on the quality of your relationships. And I think no matter how challenging it was, we were always being supportive of one another. And you know, that's the most important thing you can have in your life... a support system and love.

Bündchen was on the morning program to promote her new book, which sold out over the weekend. It’s a $700 Taschen coffee table book featuring pictures of the model throughout her career. All 100,000 first run copies sold out over the weekend. The book was curated by Gisele and includes iconic pictures of her by  photographers like David LaChapelle, Juergen Teller, Inez & Vinoodh, Mert Alas & Marcus Piggott, Corinne Day, and Irving Penn.

That all sounds a little extravagant, but Bündchen always comes off as nothing less than super down to earth. She said it herself, even if you're highest paid supermodel in the world and your husband is an (in?)famous football player, it’s all about surrounding yourself with good people.

Times get tough, but successful careers and tight families always sweeten the deal.