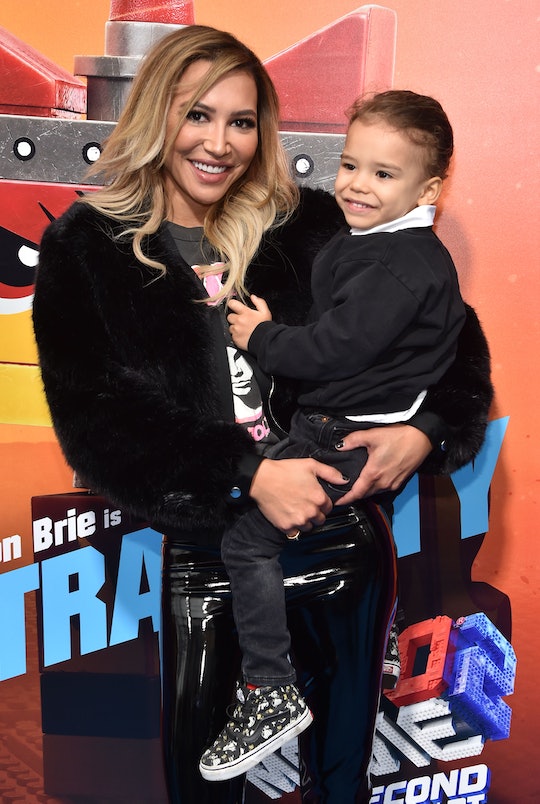 The Ventura County Sheriffs Office is searching a lake in the Los Padres National Forest for 33-year-old Naya Rivera. The Glee actress is presumed missing after her 4-year-old son was found alone in a rented boat at Lake Piru in Southern California on Wednesday. Local authorities have said the pair were reported to have been swimming although it remains unclear what might have happened to Rivera.

"The search for Naya Rivera will continue this morning at Lake Piru," the Ventura County Sheriff’s Office said in a statement tweeted early Thursday. "The lake will be closed to the public while search operations continue. Dive teams from throughout the region will be assisting us through mutual aid."

In a press briefing shared by The Sun, authorities said Rivera rented a pontoon boat at Lake Piru, a reservoir located some 50 miles outside downtown Los Angeles in Ventura County, around 1 p.m. on Wednesday. Sometime around 4 p.m. another boater on the lake crossed paths with Rivera's drifting rented pontoon boat and saw her 4-year-old son Josey Hollis Dorsey sleeping alone inside of it, CBS LA reported.

That boater notified local authorities, who immediately launched a search in the reservoir and its surrounding area after Rivera's son told them he and his mother had been swimming but that his mother did not get back into the boat. According to authorities, Josey was found wearing a life vest and an adult life vest was found in the boat. Rivera's identification was reportedly found on the boat by authorities, according to the Associated Press.

Officials have said they're operating under the assumption that Rivera went into the reservoir's waters. "We're going on the belief that she did go in the water and we have not been able to locate her," Captain Eric Buschow said in Wednesday's news conference. "So this may well be a case of drowning."

The day before her disappearance, Rivera shared a tender photograph of her and her son, whom she shares with ex-husband actor Ryan Dorsey, along side the caption, "just the two of us."

After temporarily suspending their search at nightfall on Wednesday, members of the Ventura County Sheriffs Office were back at the lake early Thursday to resume their search. Meanwhile, fans, friends, and former co-stars have issued prayers for Rivera's safe recovery and urged local authorities to continue searching for the actress.

"We need all the prayers we can get to bring our Naya back home to us," Heather Morris, who acted alongside Rivera on Glee wrote in a statement shared on Instagram Stories. "We need your love and light."

More Like This
Serena Williams Shares How Her Daughter Comforted Her After Losing A Big Match
Post Malone Shared A Bunch Of Sweet & Candid Details About Life With His 4-Month-Old Daughter
Kate Middleton Shares Her Kids' Sweet, Yet Honest Reaction To Seeing Old Photos Of Her
Lindsay Lohan Channels Meredith Blake In Her New Christmas Rom-Com