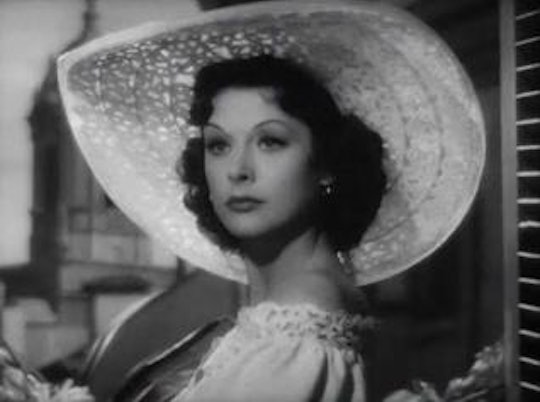 We all know that Google Doodles are pretty much the best ever, and the latest animation is no different. Released Monday morning, the newest Google Doodle honors actress Hedy Lamarr on what would have been her 101st birthday — but not for the reason you might think. While Lamarr may have been most famous for gracing the silver screen for 27 years, starring in dozens of now-classic films between 1930 and 1957, the actress also found success as an inventor. And her contributions to the tech world of the mid-20th century weren't small, either.

In the 1940s, Lamarr created a type of “frequency-hopping” technology that laid the foundation for the eventual creation of WiFi, Bluetooth and GPS. Originally from Austria, Lamarr (born Hedwig Eva Maria Kiesler) was once named “the most beautiful woman in the world” during her days as an MGM leading lady. But she eventually left Hollywood, intending to use her interest in science and technology to assist the Allied war effort during World War II instead. Working with her composer friend George Antheil, Lamarr developed a method to prevent German submarines from jamming Allied radio signals based on their collective knowledge of how pianos worked. How’s that for impressive?

And just in case you didn’t already feel incredibly lazy and unaccomplished in comparison, Lamarr’s patented “secret communication system” also set the groundwork for the creation of the modern wireless technology we rely so much on today. (So, in other words, it’s pretty much all thanks to Lamarr that your iPhone’s GPS is able to compensate for your terrible sense of direction.) Needless to say, when Lamarr died in 2000 at the age of 85, she had left behind a varied legacy.

Jennifer Hom, the Google doodler behind the Lamarr animation, spoke about her excitement over having the opportunity to profile a woman with what she described as “a kind of mythical status at Google.” Noting that they “love highlighting the many good stories about women’s achievements in science and technology," Hom designed a 1940s movie-esque clip that illustrated Lamarr’s transition from film star to inventor extraordinaire. And the final product? Pretty awesome.

But as if that weren’t enough to cement Lamarr as totally kickass, there's this: It turns out that she was also the first woman to ever perform the first onscreen orgasm in the 1933 film Ecstasy. The resulting outcry both catapulted her to stardom while also making it incredibly difficult for Lamarr to find quality acting work that focused on something other than just her looks or sexuality, and struggled for years to be taken seriously. But as we can clearly see now, Hedy Lamarr was one impressive woman — and totally more than deserving of the new Google Doodle created in her honor.