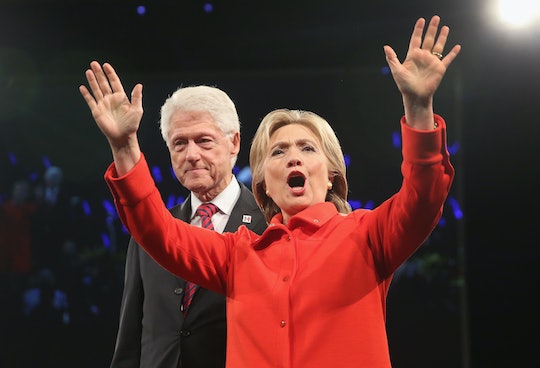 A few details are emerging about Tuesday's upcoming GOP debate — chief among them is the Republican National Committee's decision to set the GOP debate venue's Wi-Fi password as "StopHillary." Independent Journal's Benny Johnson tweeted a photo of the password, given to journalists, remarking that the move was a "brilliant troll." Whether you think the move is hilarious or petty, it's definitely going to get the media twittering — and tweeting.

RNC chairman Reince Priebus has already made his opinion of Clinton known in the past, telling NBC News in August that she was "the real issue here." No doubt — Priebus also told Politico about the Wi-Fi move:

We like to force the media to understand that there’s two parties at every chance we get ... They’re having a coronation. We actually have a real contest and that’s the difference. We have ... a lot of good candidates and they’ve got a couple bad ones and candidates that don’t actually want to debate.

Newly elected Speaker of the House Paul Ryan also decided to speak against Clinton last week, saying at a press conference in Washington that "a Hillary Clinton presidency will continue to lead the country in the wrong direction."

And we all know what Donald Trump, Ben Carson, and the lot think of the former Secretary of State — and if you need a reminder, they'll probably give us one during Tuesday's debate. (That is, if they're not too busy expressing skepticism that Ben Carson actually stabbed a guy.)

The Wi-Fi password alone has created a lot of buzz online ahead of the media frenzy that will be the GOP debate, during which Jeb Bush will try to "fix" his image (if he's not busy time-traveling to track down Baby Hitler), Trump will try to outpoll Carson, and Chris Christie and Mike Huckabee will be waving (goodbye) to them all from the JV debate two hours before the main event.

Personally, I'm looking forward to Hillary Clinton's reaction, if she deigns to supply one. Her response to the last GOP debate was pretty great, so I'm keeping my fingers crossed that she'll one-up herself.